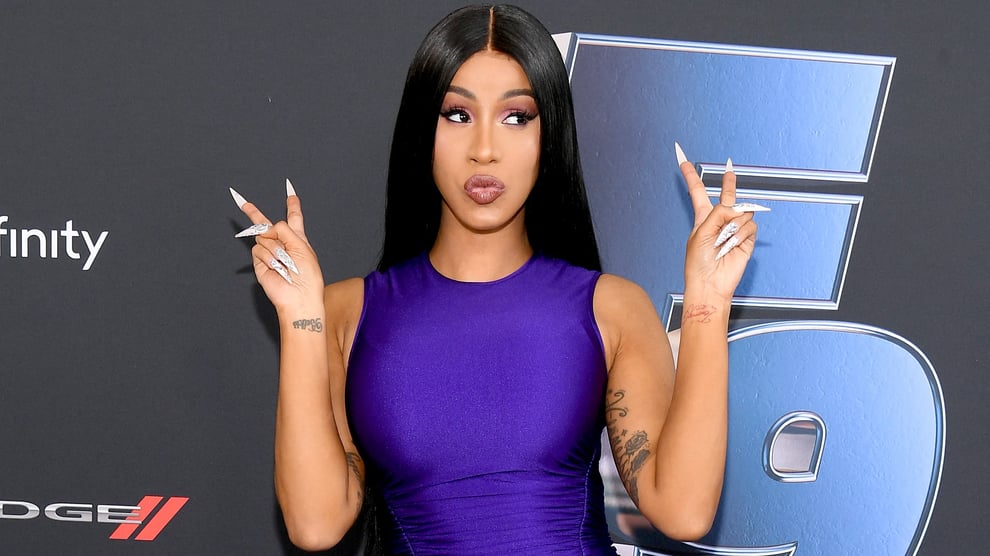 Cardi B has released her first single of 2022, ‘Hot Shit’, featuring ‘Ye’ West and Lil Durk.

This is Cardi’s first solo drop after being featured on other projects, including the extended version of Summer Walker’s “No Love,” featuring SZA, to ‘Shake It’ with Kay Flock, Dougie B and Bory300.

‘Hot Shit’ is one of the singles from Cardi’s highly anticipated, as-yet-to-be-titled sophomore album.

On Playfold’s centrefold, she confirmed that both ‘WAP’ and ‘UP’ will be featured on the new album.

In a new interview with Zane Lowe about the song, Cardi revealed that it’s “a little bit older than ‘WAP’” and was originally recorded in 2019.

She discussed West’s contribution to the track coming together in the recent past.

“Kanye gave me this verse a couple of months ago when he was just all over the media, because of all of the things that were going on, and I like how his verse it's personal, but it's not that personal.

“It's enjoyable in the clubs that you could be like, "Yeah, yeah. You talk your big cash." I really love it. And I'm so happy that he gave me this verse.

“And I had a lot of conversations with Kanye West. I learned so much about him and he's such an amazing, sweet person.

"I've been feeling like, I wish a lot of people have conversations with him so they could just see the real him.”

In the interview, she also said she has another single ready to go, “and right after that, I really just want to put that album together.”