Cardi B Speaks On Divorcing Husband Offset To Get Attention 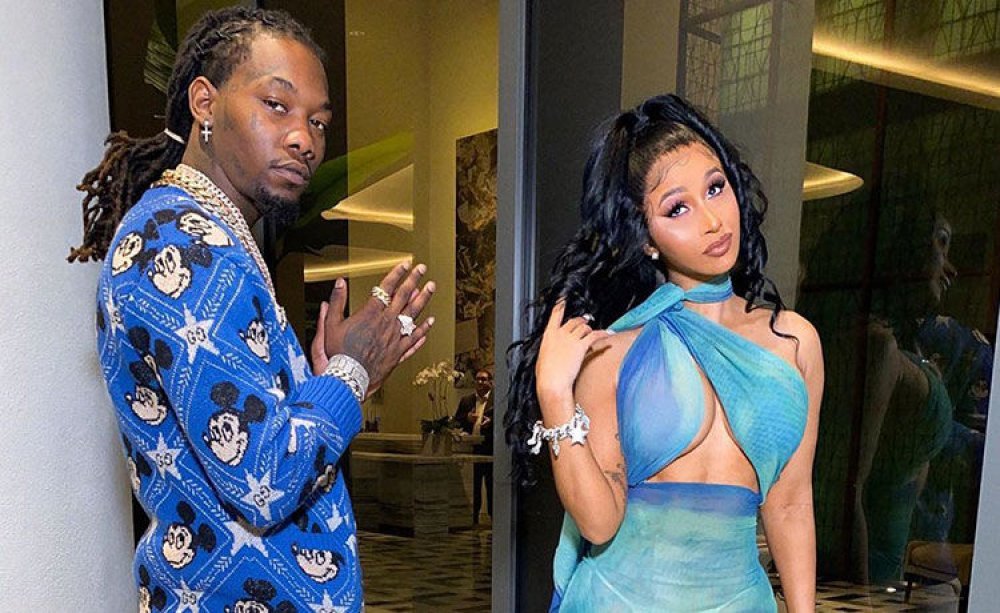 Popular American rapper Cardi B has refuted claims that she filed for divorce from her husband, Offset, just for attention purpose.

AllNews earlier reported that Cardi B on Tuesday, September 15 filed for divorce from Offset, 5 days to their wedding anniversary on September 20.

According to the filing on Fulton County website, Cardi B and Offset's contested divorce case titled "Belcalis Marlenis Almánzar vs. Kiari Kendrell Cephus."

The court documents obtained by Billboard indicate that Cardi is asking the court to award her primarily legal and physical custody of their child.

In an Instagram Live session where she addressed rumours concerning her split from Offset, Cardi B said “People were just flooding me with. ‘Oh, Offset got a girl pregnant.’ And this is where the s–t came from. Ain’t that about a b**ch. That’s why I’m telling y’all to stop believing,” the rapper said

“I want to address another bulls–t that I heard. Another blogger claims that I am getting a divorce for attention. And it’s like, you think I’m going to pay a lawyer 20 thousand f–king dollars.

“They’re like, ‘I just find it so funny that Cardi is getting a divorce around this time she got a record called ‘Me Gusta’ out.’ First, of all, ‘Me Gusta’ is not even my record, it’s Anitta’s record.

“So I’m not even getting a huge piece of the song. I get along with his mother very well. You think I’m gonna do that to her son for attention. Why do I need attention

“You don’t see I have millions of f**king followers? Do you see that I have the number one song in the f–king world? Why do I need attention? Why do I need stunts?”

Earlier, Cardi B opened up on her reasons for the divorce, saying: “I just got tired of arguing. I got tired of not seeing things eye to eye.

“When you feel like it’s not the same anymore before you actually get cheated on, I rather just be.

“Nothing crazy out of this world happened. Sometimes people really do f–king grow apart. I’ve been with this man for four years. I have a kid with this man.”