The Human Rights Writers Association of Nigeria (HURIWA) has slammed the Central Bank of Nigeria (CBN) over the limit on cash withdrawals, saying it has gone bananas under Godwin Emefiele.

The recent decision has been met with different reactions and reacting to it in a statement on Wednesday, HURIWA stated that Emefiele should be dismissed as CBN governor.

According to the group, Emefiele's successor should advise the federal government to heed the advice of experts to stop relying on foreign assistance to finance developmental projects in the region as means to strengthen the naira.

“The CBN under its current governor, Godwin Emefiele has gone bananas. 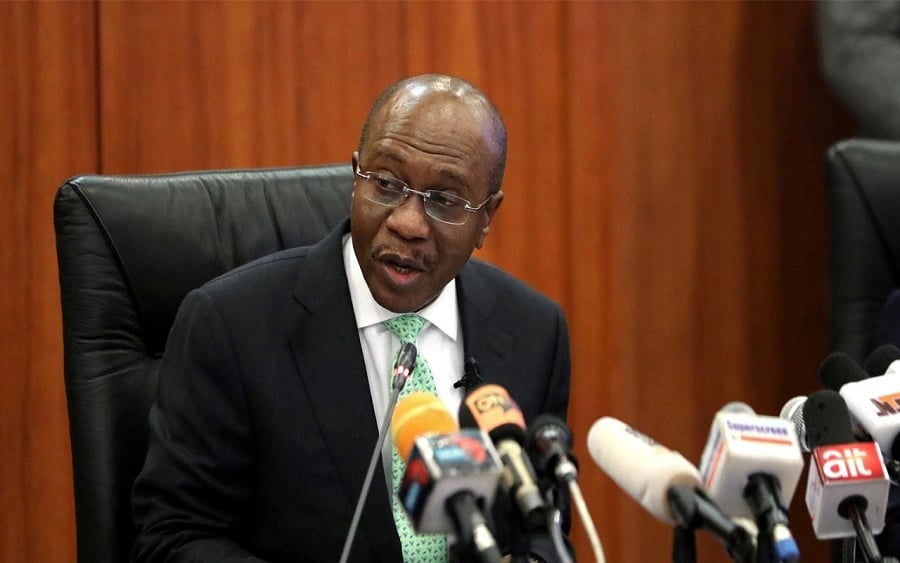 "The apex bank can’t boost the value of the naira, it can’t remit over $550m trapped funds belonging to foreign airlines, forcing many of them to stop flight operations to the country.

"Manufacturers are also groaning and many dying or relocating from Nigeria because of inaccessibility to forex.

“It banned the supply of forex to Bureau de Change, among others and now, it has introduced limits for withdrawals that makes Nigeria look like a communist economy.

"Yet, the naira continues to plunge unprecedently against the dollar. Emefiele should be dismissed, he has exhausted his shallow experimental yet resultless policies.

“The next CBN governor after Emefiele’s sack should borrow the wisdom of the World Bank which advised that to achieve price stabilisation of the naira, the local currency should be allowed to respond to real pressures, and not be bottled up by the CBN.

“Emefiele’s successor should also advise the Federal Government to heed experts’ advice to move away from reliance on foreign assistance to finance developmental projects in the region as means to strengthen the naira”, the statement reads.