Cavani Wonder Strike Not Enough As Fulham Fight Back 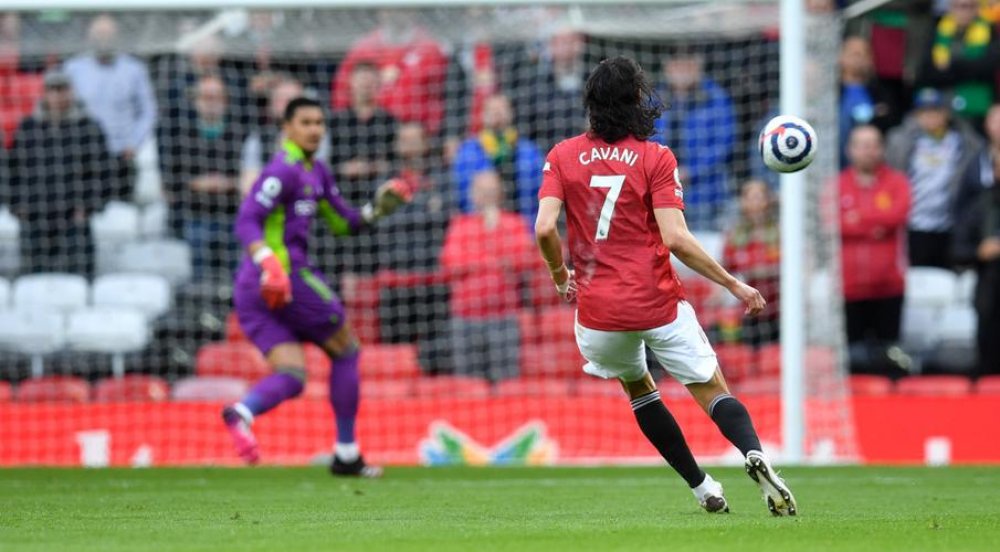 Edinson Cavani welcomed Manchester United fans back to Old Trafford with a stunning strike but relegated Fulham recovered to rescue a 1-1 draw, while Chelsea and Leicester prepared for their top-four showdown later on Tuesday.

Supporters have been allowed to return to Premier League matches this week for the first time since December.

A limited number of fans had attended the League Cup final and the FA Cup final in April and May respectively, as well as one of the FA Cup semifinals.

All of those matches were staged at Wembley, but the Premier League had delayed the last two rounds of fixtures to take advantage of the UK's easing of coronavirus restrictions.

A limited crowd of 10 000 United fans were present at Old Trafford, while 8 000 Southampton supporters were allowed into St Mary's for their 2-0 defeat against Leeds.

It was the first time supporters have been allowed inside Old Trafford for a match since March 8, 2020, although several hundred broke into the stadium earlier this month in protest at United's owners the Glazer family and their role in the failed European Super League plan.

That ugly invasion and clashes with police outside prompted the postponement of United's match against Liverpool later the same day, while there were more protests before the rearranged game on Thursday.

The return of fans to Old Trafford was surprisingly peaceful despite fears of more disruption, although many wore green and yellow scarves in the colours of United's predecessors Newton Heath, which became a symbol of protests against the Glazers when they bought the club in 2005.

Some held up signs reading "Glazers Out" and chanted against the Americans, but the discontent was drowned out by songs of praise for Cavani in the 15th minute.

Cavani had to wait for VAR to confirm he was onside before he could take the applause for his first goal in front of United fans at Old Trafford.

Unfortunately for Cavani, Fernandes had already been given United's goal of the season award for his strike against Everton.

De Gea was back in goal in place of Dean Henderson in what could be the Spaniard's farewell appearance at Old Trafford amid reports he could leave in the close-season.

But De Gea was beaten in the 76th minute when Joe Bryan headed in the equaliser from Bobby Decordova-Reid's cross.

Second placed United, now without a win in three games, suffered another blow ahead of the Europa League final against Villarreal on May 26 when Scotland midfielder Scott McTominay limped off injured.

United captain Harry Maguire is already racing to be fit for the final after suffering an ankle problem.

At St Mary's, Patrick Bamford ruined the return of fans as the Leeds striker slotted home in the 73rd minute.

Tyler Roberts bagged Leeds's second goal in the 90th minute to clinch the points for Marcelo Bielsa's side.

Later on Tuesday, Chelsea face a do-or-die clash with Leicester in the race to qualify for next season's Champions League via a top-four berth.

Thomas Tuchel's fourth-placed side are two points behind third-placed Leicester, with both teams having two games left.

Leicester have already inflicted a painful blow on Chelsea after beating them 1-0 in the FA Cup final on Saturday.

Fifth-placed Liverpool are only one point behind Chelsea and also have two games left, including Wednesday's trip to Burnley.

If Chelsea miss out on a top-four place they could still qualify for the Champions League by winning the final of this season's competition against Manchester City in Porto on May 29.

Champions City travel to Brighton in Tuesday's other game.