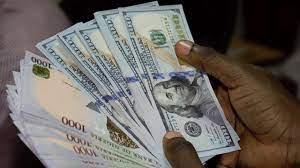 Nigeria’s Central Bank has created a computerized invoicing system for importers and exporters to avoid over-pricing, the deputy governor said.

According to Bloomberg, Kingsley Obiora stated in a statement released on Friday, following the monetary policy committee's January meeting that the new method, which took effect on February 1, aims to "save more foreign exchange revenues that will be allocated to the most productive sectors of the economy."

Importers and exporters must provide an electronic invoice approved by their Deposit Money Banks (DMB). The central bank checks all prices supplied based on a worldwide standard.

“The purpose is to eradicate over-invoicing, mispricing of exports and imports, as well as activities of money laundering,” Obiora added.

The nations’ monetary authority has taken different steps to restrict dollar demand since 2020, following a drop in oil income that accounts for nearly 90 percent of foreign exchange profits.

Still, it has been forced to weaken the local currency three times in the previous two years and has a backlog of approximately $1.7 billion in unfulfilled dollar demand from investors, according to the International Monetary Fund.

Despite the increased revenue from an aggressive surge driven by political tensions between Russia and Ukraine, the local unit traded 415.61nairas to a dollar in the official spot market as of 2.56 p.m. in Lagos, fell 37 percent on the parallel market caused by lack of dollars.

There are fears that the local currency could hit as high as N600 to a dollar in the parallel market if the supply side is not mobilized as soon as possible.