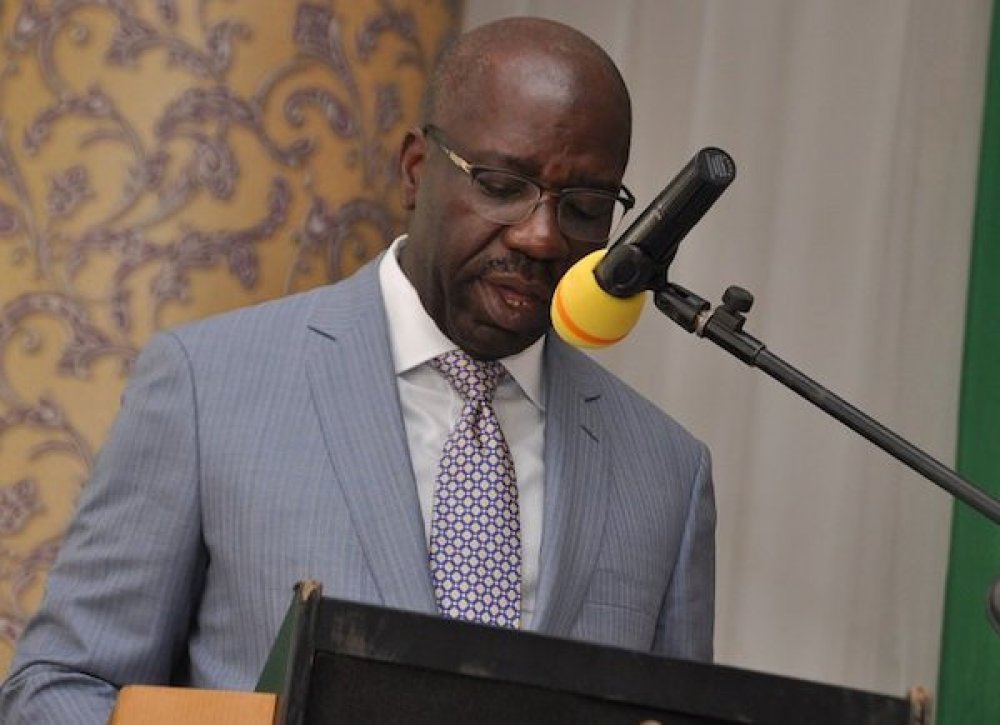 The court of appeal sitting in Abuja on Thursday dismissed the case of alleged certificate forgery filed by the All Progressive Congress (APC) against the Governor of Edo State, Godwin Obaseki.

The court dismissed the suit for lacking in merit and awarded N250,000 cost in favour of governor Obaseki.

The APC had in its suit alleged that the University of Ibadan Degree Certificate presented to the Independent National Electoral Commission by Obaseki, was forged.

Recall that Justice Ahmed Ramat Mohammed of a Federal High Court, Abuja, had on January 9, 2021, dismissed the alleged certificate forgery suit against the governor.

The judge described APC’s allegation as strange and like a story of an outsider telling a man in his house that he is not the father of a child.

Not satisfied with the decision of the High court, the APC took the matter to the Appeal Court.

However, delivering judgment in the suit with number CA/ABJ/CV/71/2021, the three-man panel of judges, namely, Hon. Justice Stephen Adah, Hon. Justice Ige and Hon. Justice Mohammed Mustapha ruled that the Abuja High Court which earlier ruled in favour of the governor, did not make any mistake and that the plaintiff and witnesses did not pin the 1st Respondent to have forged the certificate.

Justice Stephen Adah held that the lower court was right in its findings and conclusion in the suit.

Justice Adah upheld the testimony of the Deputy Registrar (Legal), of the University of Ibadan, Abayomi Ajayi, who confirmed that Obaseki attended the University in 1976 and fulfilled the requirement for admission to study Classics.

He also held that the evidence of the Deputy Registrar was direct in showing that Obaseki did not forge any of the certificates he submitted to the INEC.

It held that the judgment of the lower court is apt and very clear, noting that the appellant performed abysmally and has not proved any case.

“The findings of the lower court cannot be faulted,” the court held and awarded the cost of N250,000 to be paid to the 1st Respondent and N50,000 each to the 2nd and 3rd respondents.

Following the judgement, Obaseki, in a statement, said the ruling by the appellate court vindicated him and reiterated the fact that the suit was, from the onset, a facetious attempt to swindle Edo people through the backdoor as it was without any merit whatsoever.

According to him, “The judgement today by the Appeal Court sitting in Abuja is a victory for democracy, equity, fairness and justice. It further reassures confidence in the judiciary as an impartial umpire.

“From the content of the judgement, ab initio, all Edo people knew there was no merit in the case. It was ill-willed. It is comforting that the judiciary has upheld the truth and the verdict of Edo people.”