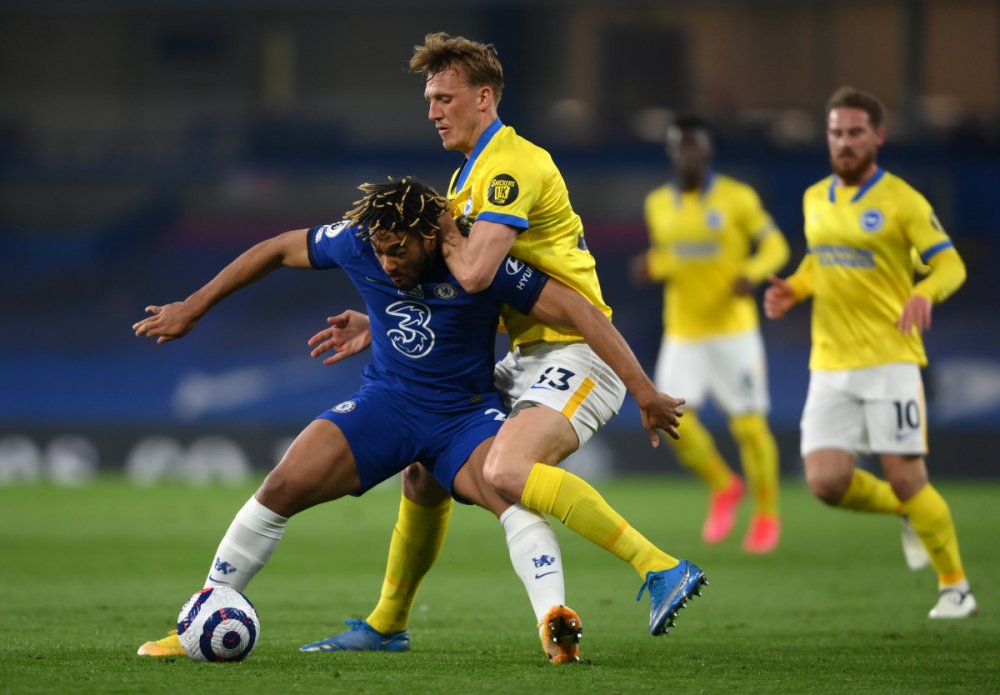 Chelsea were held to a 0-0 draw at home by Brighton & Hove Albion in the Premier League on Tuesday as both players tried to channel some energy from the European Super League protests.

The result was quite a set back for the Blues as they hope to finish in the top 4 ahead of next season but the hosts failed to find a way through the well-marshalled defence of relegation-threatened Brighton.

Chelsea coach Thomas Tuchel was left to voice his frustration loudly in his native German as his expensively assembled team saw every attack mopped up by the visitors' backline led by captain Lewis Dunk.

Brighton substitute Adam Lallana wasted a glorious chance when he pounced on an error by Chelsea centre back Kurt Zouma but fired wide in the 77th minute. Danny Welbeck struck a post two minutes later as Brighton pushed for a shock win.

Brighton defender Ben White was sent off for a second yellow card in the 92nd minute as he took another for his team to shut down Callum Hodson-Odoi's counter-attack run.

The draw pushed Chelsea up into fourth place on goal difference above West Ham United who they are due to visit on Saturday. Brighton remained in 16th place, seven points ahead of Fulham who occupy the highest of the relegation spots.

The game lacked the drama seen outside Stamford Bridge before the match where hundreds of angry Chelsea fans demonstrated against the club's plan to join the ESL. The protests turned to celebrations as media reported that Chelsea had begun the process of withdrawing from the breakaway league with fans singing: "We've got our club back."