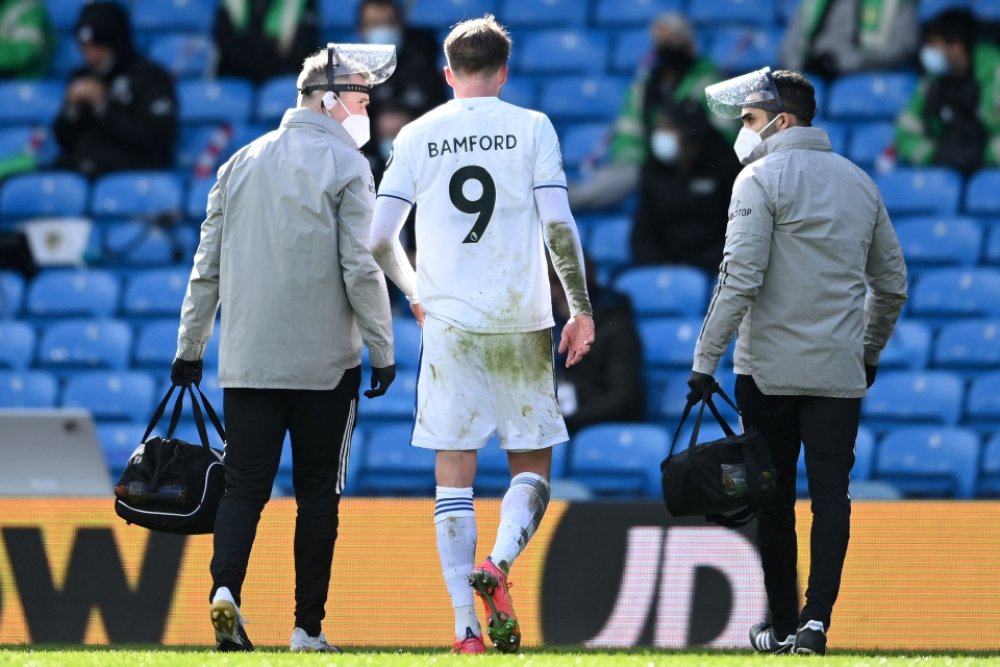 Thomas Tuchel managed to keep Chelsea unbeaten but drop valueable 2 points in the top 4 race with a goalless draw against Leeds United but Marcelo Bielsa lost his top scorer, Patrick Bamford to injury.

Chelsea as usual were dominant with 62% of the possession at full time, 15 shots managing 8 on target.

In the early stages, Chelsea look disconnected in opposition final third while Leeds look dangerous at the opposite end.

Bamford received a clean pass, squared in for Roberts with a tap in into an empty net but the offside flag chunk off that goal.

Tuchel's men could have had the lead in the 16th minutes but the crossbar came to Leeds rescue with the ball landing safely in Meslier's hands.

Bamford took a knock from Rudiger's challenge, he wanted to run it off but it seems it was more serious than he thought -- the English striker was subbed off for Rodrigo.

His 100th appearance for Leeds United was ended abruptly.

For the rest of match it was half decent chances for both sides ending in a goalless draw.

Chelsea turn focus to their second leg match against Atletico Madrid while Leeds will face Fulham on Friday.