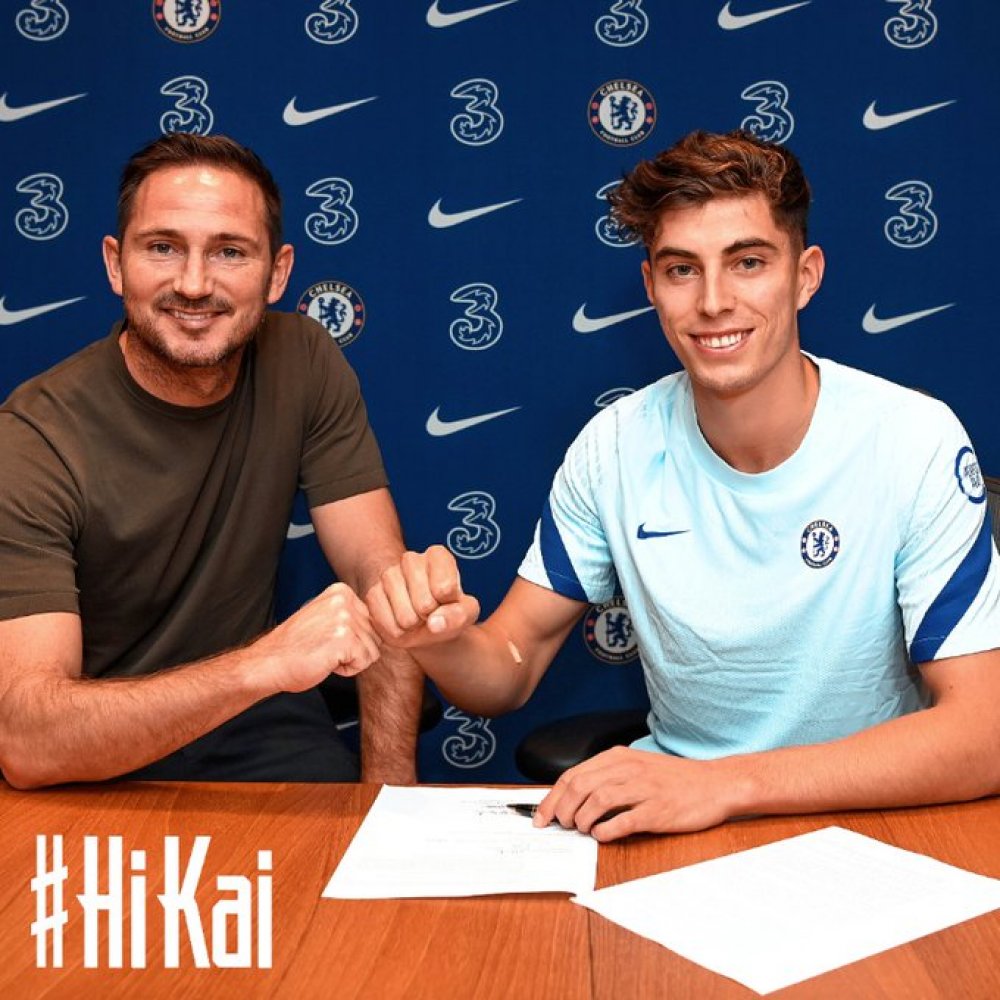 Chelsea took their summer spending spree to nearly £200 million with the signing of German international Kai Havertz from Bayer Leverkusen on a five-year deal on Friday.

Havertz's arrival at Stamford Bridge for a reported £71 million is the Blues' latest statement of intent as they seek to cut the gap on Liverpool and Manchester City at the top of the Premier League.

The 21-year-old, who can play as an attacking midfielder or as a forward, joins international teammate Timo Werner, Hakim Ziyech, Ben Chilwell, and Thiago Silva in joining the club for Frank Lampard's second season in charge.

"I am very happy and proud to be here. For me, it is a dream come true to play in a big club like Chelsea and I can't wait to meet all the players and the trainers," Havertz told the Chelsea website.

Havertz's move eclipses Werner's short-lived record as Germany's most expensive footballer after he joined Chelsea for 53 million euros in June.

That is not the only record Havertz has taken from Werner.

He succeeded the former RB Leipzig striker as the youngest player to make 50 and then 100 Bundesliga appearances since becoming Leverkusen's youngest ever player when he made his debut at 17.

He scored 46 goals in 150 competitive games for Leverkusen, including 18 last season, but that was not enough to lead them back into the Champions League as they finished fifth in the Bundesliga and went out in the quarterfinals of the Europa League.

Havertz was keen to make the move to a Champions League club and Chelsea moved quickly to secure his signature despite appearing to have more pressing concerns at the other end of the field.