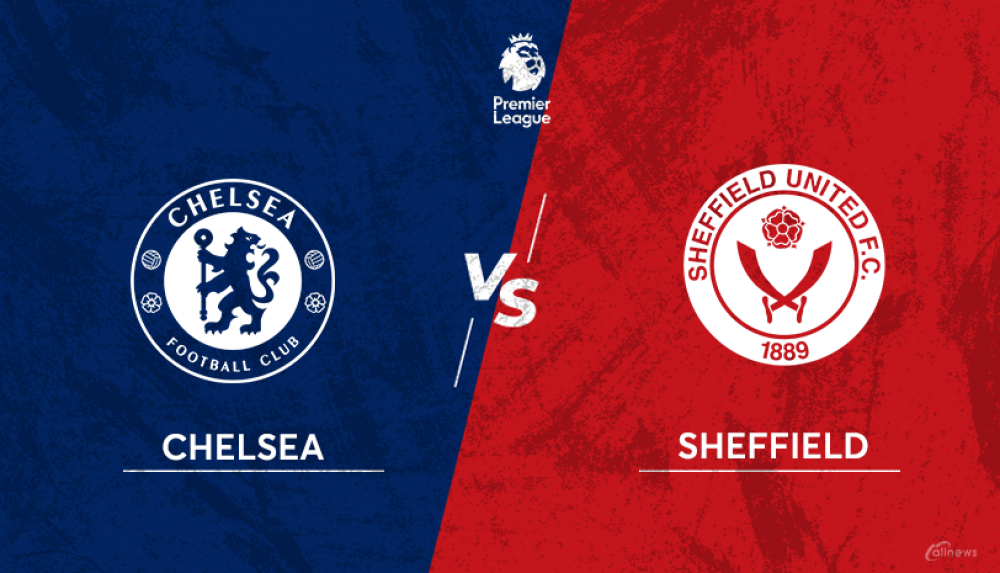 Chelsea welcomes Sheffield United to Stamford Bridge as the Blues continues to climb the EPL table and want to use the blades as a stepping stone in the EPL title race.

AllNews understands that Chelsea is slowly gelling into the £200M team after the huge summer spending spree as they have won their last 3 games in all competition scoring at least 3 goals and conceding none.

Chelsea is currently 7th on the table with 12 points - 3W, 3D 1L so far the English top flight. They have conceded 9 goals scoring 16 in the process.

The highest scorer of the side is Timo Werner with 3 goals with Kurt Zouma and Jorginho all levelled at 3 goals.

New signing Ben Chilwell has the highest assist for the Blues (2).

The best ball retainer for Chelsea is N'Golo Kanté with 16 tackles attempted, Zouma has also been able to provide cover at the back with 32 clearances, Kante has committed the most fouls for the side (12) compared with the highest in the league (Soucek 19 fouls).

New signing Edouard Mendy kept proving to Lampard that he should be given the No. 1 role and Kepa can keep the jersey as he has kept 6 clean sheets in a row.

Edouard Mendy is aiming to become the first Chelsea goalkeeper to secure clean sheets in each of his opening four league matches.

In midweek Tammy Abraham also became the first English player to find the net in three straight starts for Chelsea in the Champions League since head coach, Frank Lampard, in 2008.

The striker has now registered a goal or an assist every 50 minutes this season. Overall, Chelsea has hit the mark with 18.8 percent of attempts on goal (16/85), the third-highest rate in the Premier League this season.

Kai Havertz’s positive Covid test raises a personnel issue for Frank Lampard just when the 4-3-3 set-up was gelling together.

Playing wide right midfield the German was instrumental in making the system work, but the Chelsea coach may feel someone like Hakim Ziyech or Mason Mount could do a similar job in his absence.

Christian Pulisic remains a doubt pending his full recovery from the slight hamstring pain felt in the warm-up before the Blues’ comprehensive victory at Burnley last weekend.

This is Sheffield United’s worst start to a campaign since 1975/76, when after seven games they languished in bottom place, again with one point but a worse goal difference.

Relegation always looked inevitable for Tony Currie and co. back then, and was duly delivered in March with six games remaining.

This time the relegation might be sure for Sheffield even before half of the season.

Only nine Premier League clubs have ever collected one or fewer points after seven matches, including Fulham and the Blades.

Sheffield United will hope to avoid emulating fellow Yorkshire club Huddersfield Town, the last side to suffer the drop after two seasons in the Premier League and who they replaced in 2019.

The Blades impressed with their organization and quality before the last lockdown, not to mention Chris Wilder’s novel approaches on set-plays and tactics. They finished the season ninth, a place and two points behind Arsenal, but the warning signs were there.

Rammers with some big saves to keep us in the game vs City ? pic.twitter.com/DT22BXnbOo

Unfortunately for Sheffield, events have removed much of last season’s impressive rearguard: center-back Jack O’Connell (injury), goalkeeper Dean Henderson (end of loan), and wing-back John Lundstram (non-renewal of contract). And of course, rivals clubs will have worked on ways to counter Wilder’s system.

Our midfield maestro, back on the grass at Shirecliffe ??‍♂️ pic.twitter.com/C08igXxeOt

With last season’s joint leading scorer Lys Mousset also out, striker Oliver McBurnie has been partnered by youngster Rhian Brewster, their big signing from Liverpool. Of their forwards, though, only David McGoldrick has found the net.