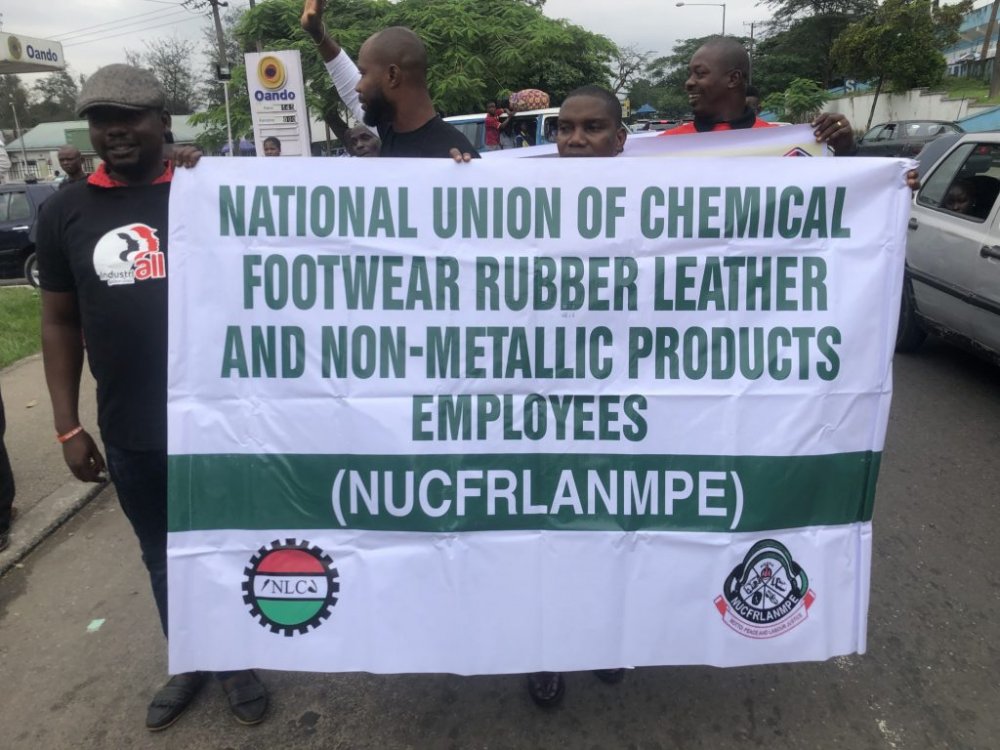 Workers under the umbrella of the National Union of Chemical, Footwear, Rubber, Leather and Non-Metallic Products Employees (NUCFRLANMPE) have warned the Federal Government against the increase in the pump price of Premium Motor Spirit (PMS) otherwise known as petrol.

The union president, Goke Olatunji, said the recent hike in fuel pump price was unacceptable as it would further impoverish Nigerians.

Olatunji, speaking at the union’s Central Working Committee’s meeting and long service award ceremony for staff and elected members in Lagos, said lots of Nigerians depend on petrol one way or the other.

He argued that any further increase in this period when the country is going through economic challenges would be detrimental to many.

He also said that rather than increasing the pump price, the government should look inward and ensure products are refined locally.

He said according to The Nation: “Petroleum is essential to many, if you are not using it for your cars, then it is used for generators to provide electricity as the nation has continued to find it difficult to provide solutions to the epileptic power situation in the country.

“The government as a matter of priority should focus on making the refineries work and also build new ones. If an individual like Dangote can build a refinery, why is it difficult for Nigeria, an oil-producing nation, to refine her products just like others in the league of OPEC do?”

Olatunji wondered why the government has been insensitive to Nigerians at this period by increasing costs of all essentials, fuel, electricity, tax, and without palliative to cushion the effects.

He noted that it was not the best of time for the union, with a lot of job losses, salary cuts, low sales, shortage of raw materials, and the recent #EndSARS protest that was hijacked by hoodlums.

“The #EndSARS protest really affected the whole country, especially our sector. Most of our companies could not operate. We would like to appeal to the federal government to create jobs and listen to the youths. It is also important that the nation’s security must be strengthened. Right now, the government is not doing enough. Security should be improved to enable foreign investors come into the country.

“Government should also allow our companies presently facing shortage of their raw materials access to forex to save our members’ jobs at this critical period,”

Presenting awards to several workers and elected members of the union who have served between 10 and 30 years, the union’s president said it was the first in the history of the union, and the recognition was done to further encourage productivity in the organisation.

OPEC Puts Talks With Allies On Hold Until Thursday