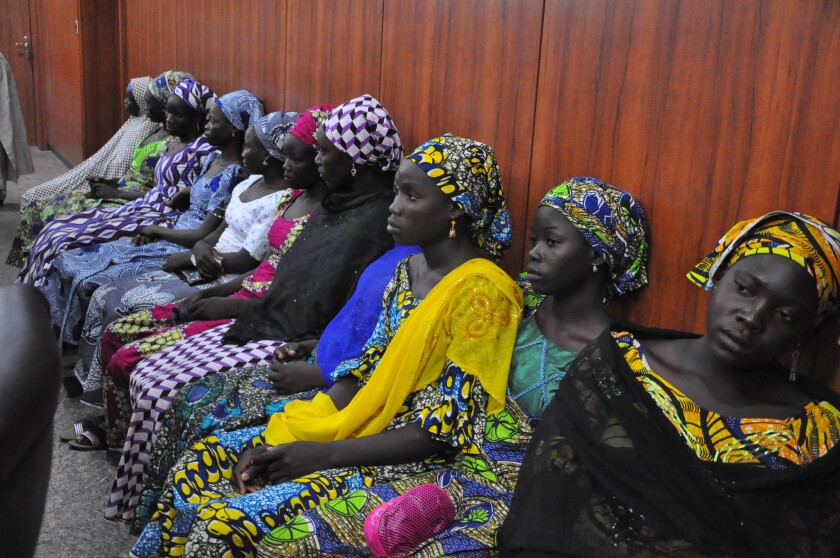 The United Nations Children’s Fund (UNICEF) has welcomed the release of four of the 22 women recently abducted by insurgents in the Chibok Local Government Area of Borno.

Twenty-Two women and two men were abducted by insurgents in three separate attacks on Pemi, Kautikari and Korohuma areas of Chibok last month.

A statement by the Information Officer of UNICEF Maiduguri Field Office, Folashade Adebayo, said the organization has urged for the immediate release of all captives.

“UNICEF is very relieved for the released girls and their families. After their harrowing experience, it is good news that the girls are back with their families and friends, where they belong.

“But sadly, dozens of children in northeastern Nigeria remain in captivity; the victims of an armed conflict they have nothing to do with. This is unconscionable.

“Children have the right to a safe environment, health, education and freedom from abuse and torture – all of which remain compromised when they are in captivity,’’ the statement quoted Peter Hawkins, UNICEF Representative in Nigeria as saying.

It decried how children in Nigeria continue to face a violation of their rights, including abductions, torture, killings, recruitment into armed groups, and forced marriages, among others.

From 2014, no fewer than 1,000 children have been abducted with about 100 still missing or unaccounted for.

“Between December and July of last year, at least 1,450 children were abducted, most from their schools across central and northwest regions of the country,” the statement said.