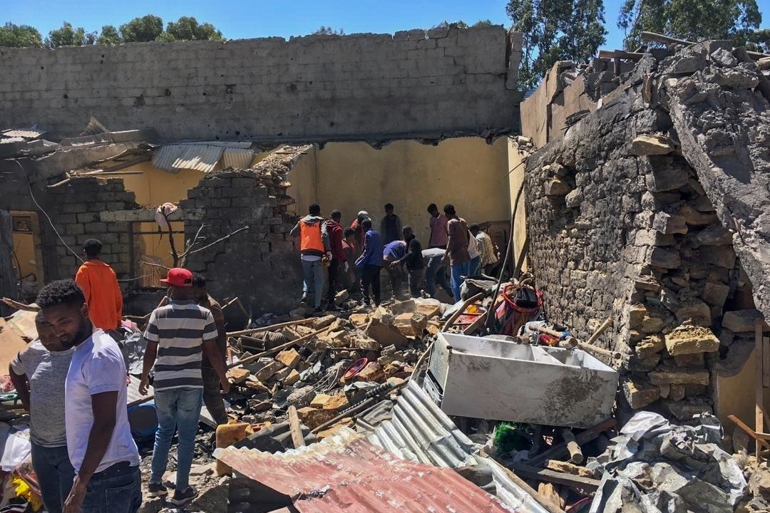 The United Nations has declared that two children were among the three persons killed in an air raid that struck a refugee camp in Ethiopia.

It was stated that the attack which happened on Wednesday in the Mai Aini refugee camp wounded four other refugees.

The United Nations High Commissioner for Refugees, Filippo Grandi said in a statement, that; "I am deeply saddened to learn that three Eritrean refugees, which included two children were killed."

“While UNHCR continues to gather and corroborate details on the events, I reiterate UNHCR’s call on all parties to the conflict to respect the rights of all civilians, including refugees."

There was no immediate comment from the Ethiopian government or military, which is not surprising because many times in the past, the government had denied claims of targeting civilians.

Aljazeera stated that, in what was purported to be war between the government troops and fighters from the Tigray region, thousands of people have been killed and millions forced to leave their homes.

Multiple air raids on Tigray have continued, with the UN stating that they have been prevented from supplying food and medicine to the Tigray people on many occasions.

On Thursday, the UN's spokesperson Stephane Dujarric said that since July 12, only 1,338 trucks have been able to enter Tigray, which is less than 12 percent of the trucks needed to get into the region to aid it's people.

He added that the UN has not been permitted to deliver medical supplies to the Tigray people.