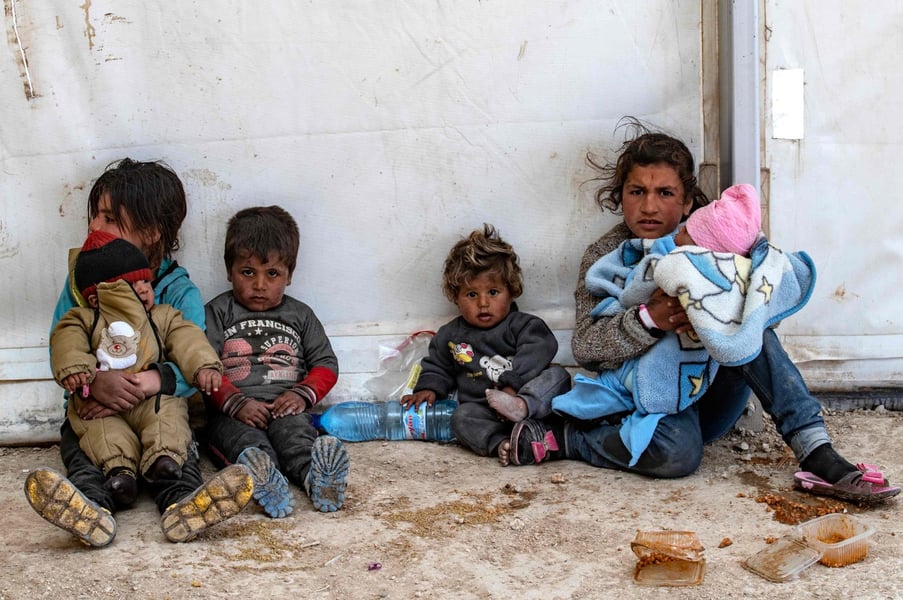 The 'Save the Children' group disclosed this on Wednesday in a statement.

It said; "It will take 30 years before foreign children stuck in unsafe camps in northeast Syria can return home if repatriations continue at the current rate."

Save the Children said that 18,000 Iraqi children and 7,300 minors from 60 other countries are stuck in the YPG-run al-Hol and Roj camps, in northeastern Syria.

The YPG is the PKK terrorist group's Syrian branch, and the PKK is a designated terrorist organization in the United States, Turkey and the European Union.

United Nations data shows that around 56,000 people live in al-Hol, an overcrowded camp plagued by murders and escaped attempts.

In 2021, 74 children died there, including eight who were murdered, according to 'Save the Children.'