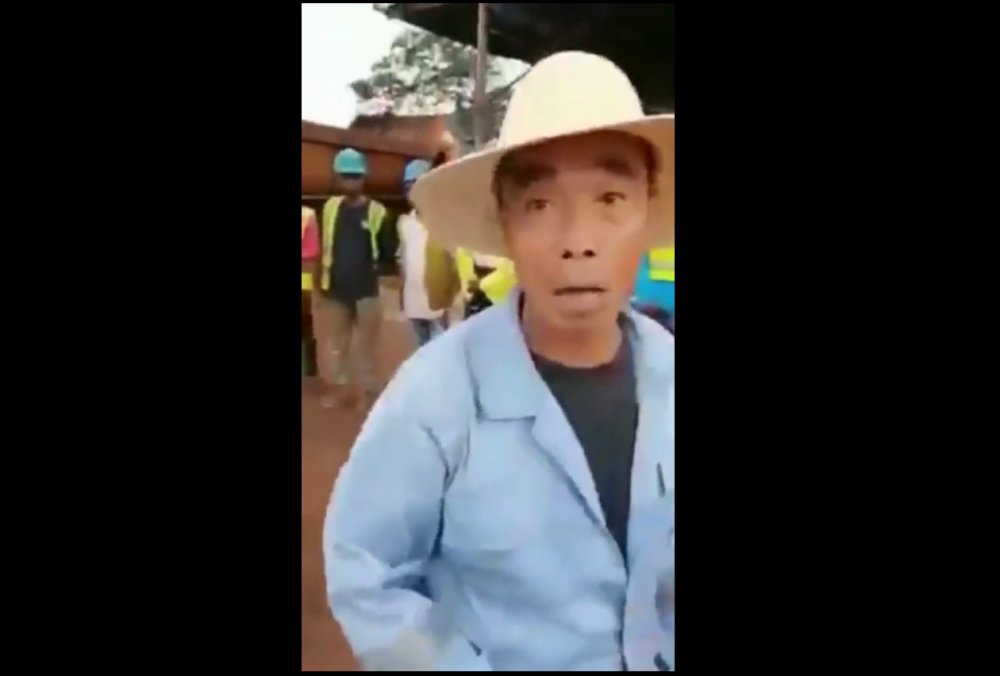 The Chinese man seen attacking a Sierra Leonean in a viral video has been given the boot by his company, according to a new press release.

According to the press release, the conflict took place at a repair shop at Torkelilimme site and was an isolated case. The Asian was employed by the China Railway Seventh Group and has now been fired.

Per the statement, the Chinese man's behaviour was unacceptable and the management deemed it fit to let him go in a swift reaction to the viral video clip.

The statement reads, "The conflicts between a Chinese CRSG staff and a Sierra Leone staff at our repair shop at Torkelilimme site as indicated in the video clip on the social media was an unexpected and isolated case.

"The management of China Railway Seventh Group is of the view that the behaviour of the Chinese National concerned is unacceptable and wrong no matter what the cause is.

"CRSG wishes to apologize for the unfortunate incident and has decided to Relieve the Chinese national of his duty immediately, CRSG requires all of it staffs to strictly abide by the laws and regulations of the country and merely wishes that similar events will no longer occur." 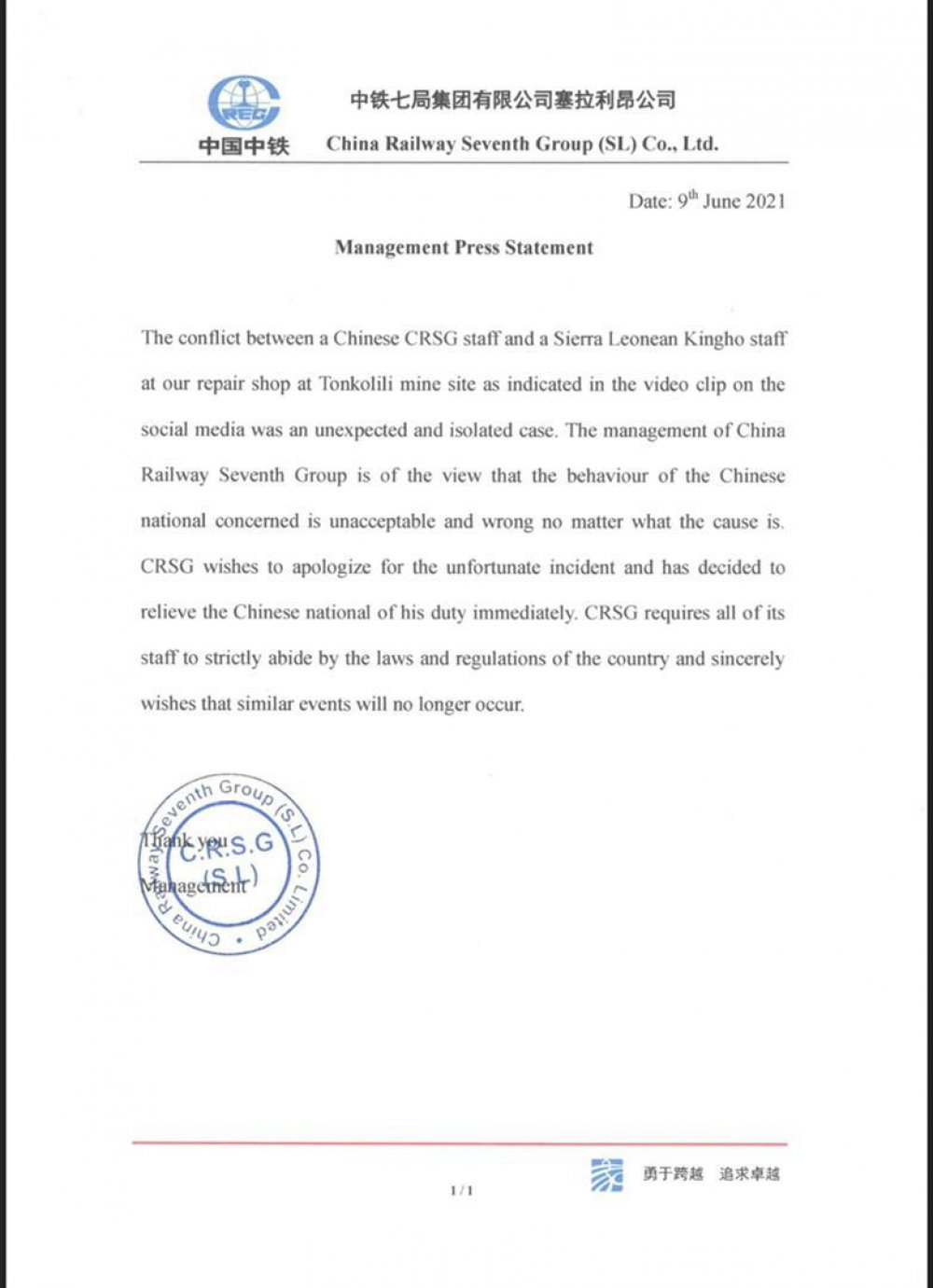 Watch the video of the assault below: