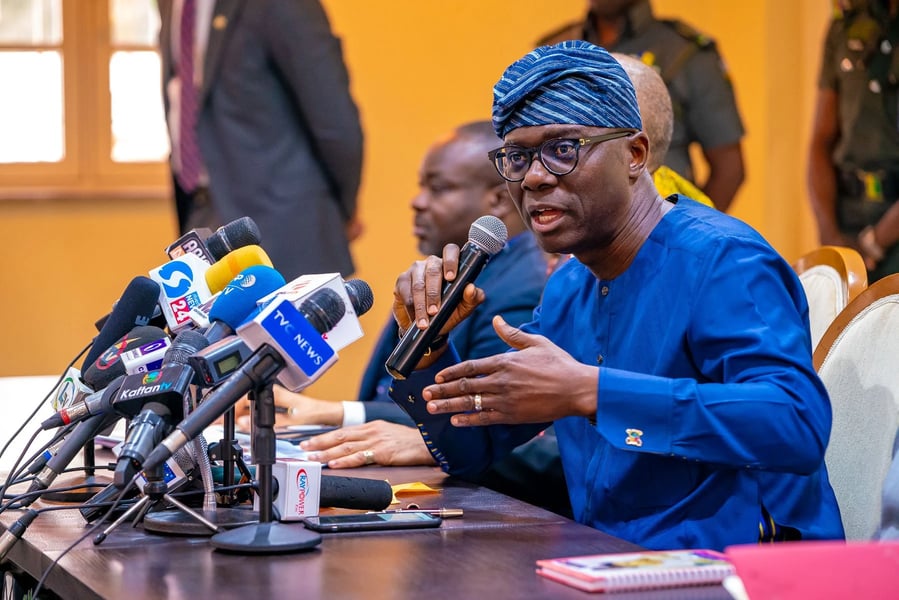 The Lagos State Government has issued a stern warning to members of the public to desist from sharing the viral sex video involving one of its pupils.

Netizens have been sharing their thoughts on the scandal following the release of the clip that many now see as child pornography.

Chrisland School released a statement following the sex tape release, disclosing why the decision was made to suspend the underage female student in the clip.

The Lagos State Government has also shut down the institution following the development, warning the public against sharing the video while adding that it could attract a jail term of 14 years.

"This is to reassure members of the public of the State Government’s commitment to safety and child protection.

"This is especially in ensuring that all child-centred institutions within the state, formulate and implement policies and systems that are compliant with the Executive Order (NO.EO/AAO8 of 2016), Lagos State Safeguarding and Child Protection Program.

"We also use this medium to remind the general public of the implications pertaining to engaging in any visual depiction of sexually explicit conduct involving a child committing an offence.

"They are liable to a custodial sentence of fourteen (14) years. This includes producing, distributing, receiving, or possessing an image of child pornography.

"In the meantime, all Chrisland schools within Lagos State are hereby closed, pending further investigations,” the statement reads in part.