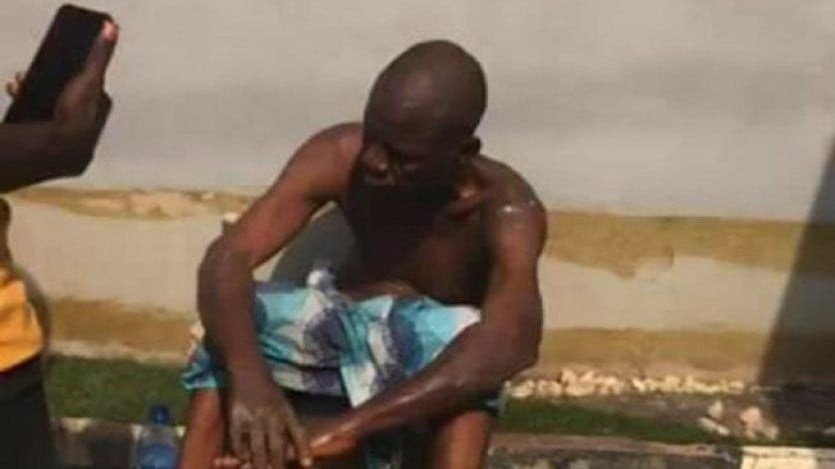 A suspected armed robber who has been robbing residents of Ibadan under the guise of being a micro taxi driver has been apprehended while attempting to rob a lady who boarded his vehicle.

The driver who was apprehended after robbing one of his victims along the Iwo-Road – Gbagi market axis, was caught with different smartphones, expensive jewellery, wristwatches and ATM cards in his car.

The driver and his accomplice had successfully robbed the woman of her money and driven away.

"While she was lamenting to officers of the Oyo State Park Management System (PMS) and traders who witnessed the robbery, the man drove by again and was recognised by the traders.

"The PMS workers pursued the driver on a bike and after a long chase, were able to apprehend him, " an eyewitness recounts.

Another victim who was robbed of her phone by this same driver also narrated her ordeal and how she discovered that her mobile phone was missing after alighting from his car.

Meanwhile, he has since been handed over to the police for further investigation and prosecution.