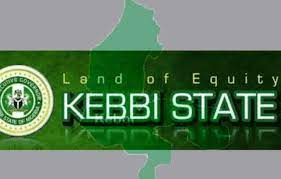 Just recently, the Chartered Institute of Taxation of Nigeria (CITN) conferred a merit award on the Kebbi State Government for its contributions to the development of the Nigerian Tax system.

According to a report by The News Agency of Nigeria (NAN), that data released by the National Bureau of Statistics (NBS) shows that Kebbi’s Internally Generated Revenue (IGR) increased from N7.37 billion in 2019 to N13.78 billion in 2020.

Malam Yahaya Sarki, Special Adviser to Gov. Atiku Bagudu on Media, disclosed this in a statement made available to newsmen in Birnin Kebbi on Sunday.

Sarki said the award was presented to the state government at the CITN Merit Award and Dinner Ceremony held in Lagos on Nov. 27.

According to CITN, the merit award is instituted to recognise individuals, corporate entities, and state governments for their invaluable contributions to the development of the Nigerian tax system.

“Kebbi was conferred with the award for her consistent drive to increase revenue generation and for being an excellent proponent of the transformation agenda where good governance can be seen and felt, championed by the Gov. Bagudu.

“The state was in the past agrarian and under-industrialised state, however, the government under the able leadership of Sen. Abubakar Atiku Bagudu transformed the state in various sectors of the economy particularly in revenue generation and infrastructural development.

“Kebbi’s IGR was increased from N7.37 billion in 2019 to N13.78 billion in 2020 according to the data released by National Bureau of Statistics and the state has consistently maintained this tempo in order to meet the developmental needs of its citizens.

The CITN added that the state government formed a partnership with USAID-funded West Africa Investment Hub by introducing modern technology in the production of rice.

“The idea has reduced poverty and created employment opportunities, especially for women. The state has also witnessed steady infrastructural development in every nook and cranny under Sen. Abubakar Atiku Bagudu,” the institute noted.

In his remarks at the event, Bagudu commended the CITN for its role in promoting professionalism in the tax profession, valued input to tax policy formulation, and advocacy to place taxation at the forefront of our revenue mobilisation efforts.

According to him, “Over the last two years, Kebbi State has played host to a number of activities of the institute, including the Zonal Tax Conference and Joint Districts’ Societies Meeting held in January 2020.
He explained that most recently, the institute laid the foundation for the construction of its secretariat in Kebbi.

Bagudu said that Kebbi aligned with the goals and objectives of the institute because taxation was the fulcrum of economies of developed nations of the world and that Nigeria could not be an exception.

“As a state, Kebbi recognises our unique potential and challenges. It is on account of this, that my administration has focused on providing critical support to players in the agricultural sector, providing basic infrastructure to support economic activities, increased access to education to mention but few.

“These actions are necessary to build a foundation upon which we can push for people to pay their taxes. As we all know, taxation is based on income.

“I assure you that we will continue to perform our role as a government for the ultimate benefit of the good people of Kebbi State", the governor said.

He thanked the institute for finding Kebbi worthy of the honour of being the only state in the country to have received such an award.