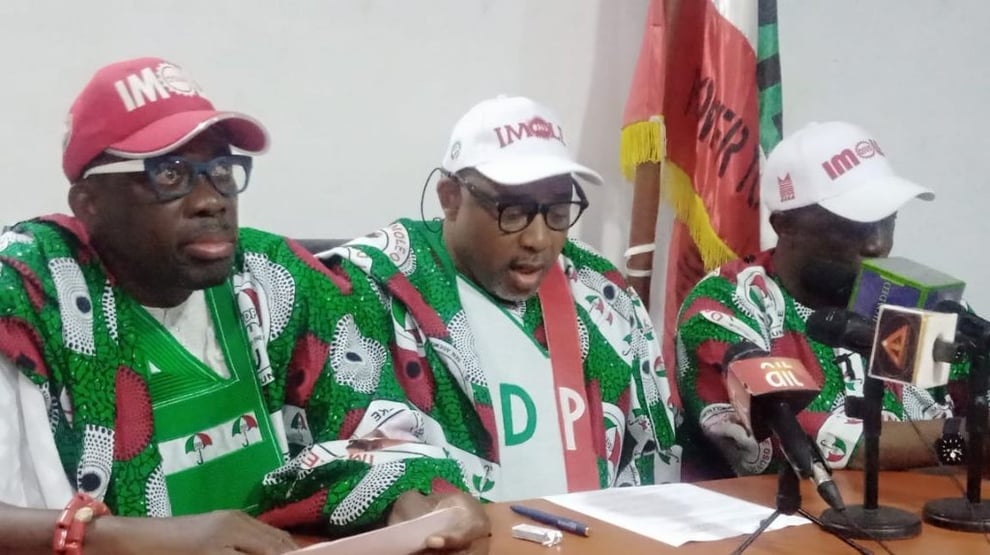 The Osun PDP has stated that the claims of the state chapter of the All Progressives Congress (APC) regarding electoral documents falsification are a grand plot to justify the illegality already embarked upon by the APC.

In a statement signed by Adekunle Akindele, the Chairman of the Caretaker Transition Committee of the party added that the Osun APC chairman, Famodun has inadvertently confirmed social media rumours that the APC and its legal team have hacked the server of the electoral commission.

"Our attention has been called to a deceitful statement from the state chairman of the All Progressives Congress(APC) alleging an attempt to falsify electoral results from the July 16th elections. By this false alarm, Mr Famodun has inadvertently confirmed social media rumours that the APC and its legal team have hacked the server of the electoral commission.

"We read so many social media posts in the last 48 hours about APC having doctored election results and procured fake electoral reports from the national headquarters of the electoral commission to provide the basis for its election petition.

"We read of how the commission leadership detected the attempted fraud nipped in the bud by the reality of primary source data from the BIFAS machine. We had ignored such rumours as we were convinced that the sanctity of the voting data cannot be compromised.

We equally have undiluted faith in the leadership of the commission under Prof Mahmud Yakub that no criminal-minded personnel will be allowed to tarnish the new image of the electoral body. What is more, we are confident that the publicly announced results with signed forms by party agents and primary data in the BIFAS machines are sufficient proof of PDP's victory in the election. The social media posts of hacking of INEC server were thus discountenanced by us as largely impossible under a rebranded INEC.

"The statement from Mr Famodun Wednesday day night however changed the dynamics. We take the fake allegations against PDP as a grand plot to justify the illegality already embarked upon by the APC.

"The diversionary accusation authenticates APC high profile agenda to embark on criminality to justify a baseless election petition. It is against logical reasoning for PDP which won an election globally certified as free and fair to attempt falsification of publicly available results.

"We as a party has the votes, the primary data and the public on our side as we emerged victorious, beating an incumbent with all the establishment infrastructure. The only clear suspect evidently angling for another stolen mandate is the APC and its defeated candidate, Gboyega Oyetola.

"We, therefore, declare that no amount of pre-emptive attacks will scare the PDP and the electoral commission from upholding the sanctity of electoral data as contained in the primary data sources, the BIFAS machines.

"We are also confident that no criminally minded anti-democratic force can succeed in blackmailing and intimidating the electoral body from succumbing to forgery and falsification of data.

"We are therefore using this medium to sternly warn that no effort will be spared to defend the victory openly conferred on the Governor-elect, Senator Ademola Adeleke. We will not allow under whatever guise any attempt to deny the people of Osun state their inalienable rights to elect the leader of their choice.

"No subtle threat or subterfuge will cow democratic institutions from standing by the outcome of the electoral process which has rebranded the commission as an agent of true democracy.

"We consequently call on the APC to stop its journey on the road to electoral banditry as soldiers of democracy are awake to arrest and nip in the bud any fascist move and plot.

"We particularly urge the INEC chairman, Prof Mahmud Yakub to take judicious note of this development and end a shameful drama around the integrity of the electoral data. INEC must stand by the publicly announced results and primary data obtainable from the BIFAS machines.

"Finally, we reassure the people of Osun state that electoral armed robbers will fail in their bid to effect daylight robbery. Our eternal vigilance is redoubled and we stand by the watch posts to protect and retain a divinely given mandate," the statement read.