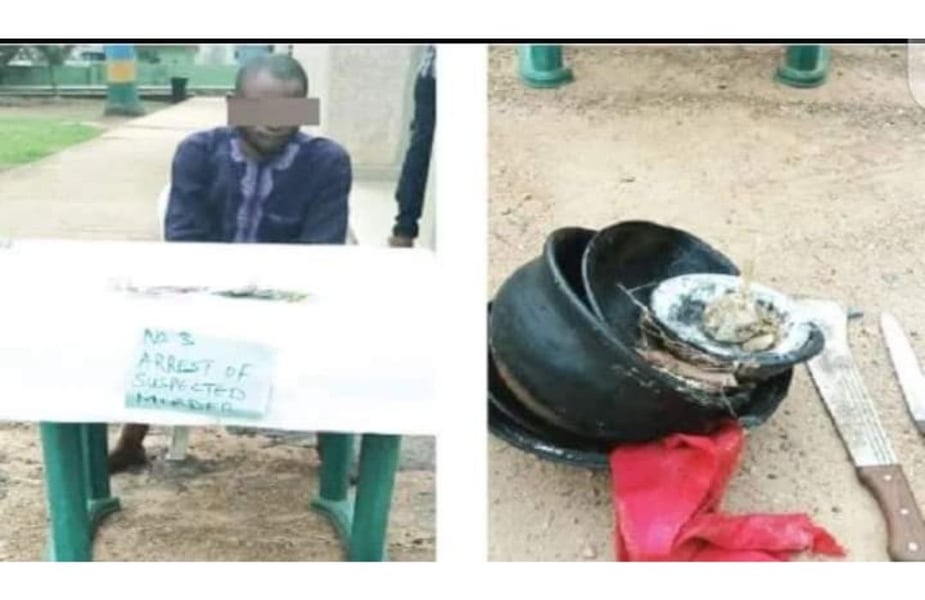 The Oyo State Police Command has arrested Alfa Tiamiyu Abass, a Muslim cleric for the alleged dismembering of Barakat, a hairdresser in the Oyo West local government area of the state.

It was gathered that Barakat was a hairdresser based in the Oyetoro community.

The arrest was confirmed by Adewale Osifeso, the Police Public Relations Officer of the Oyo State Police Command.

“On May 15, 2022, around 6.30 pm, one Oyerinde Gbadegein reported at the Atiba Divisional Police Headquarters that around 1 pm of the same day, a corpse was seen dumped by the side of a stream on Jibola Afonja Street, Oyo town.

"On receipt of the complaint, a team of detectives from the Atiba Division swung into action and proceeded to the scene.

"It was discovered that the corpse was that of a lady of about 25 years packed in a sack bag, which was already decomposing with the head, hands, toes, and flesh from the thigh cut off from the body.

"One Alfa Tiamiyu Abass was arrested in connection with the case.

"Upon interrogation, the said Alfa Tiamiyu Abass confessed to having killed the deceased, one Barakat, who happened to be his customer.

He stated further that he and one Qudus, now at large, perpetrated the act.

"A search was conducted in his house and all the parts removed from the deceased’s body were recovered. However, an investigation is ongoing to arrest the said Qudus for possible prosecution.”