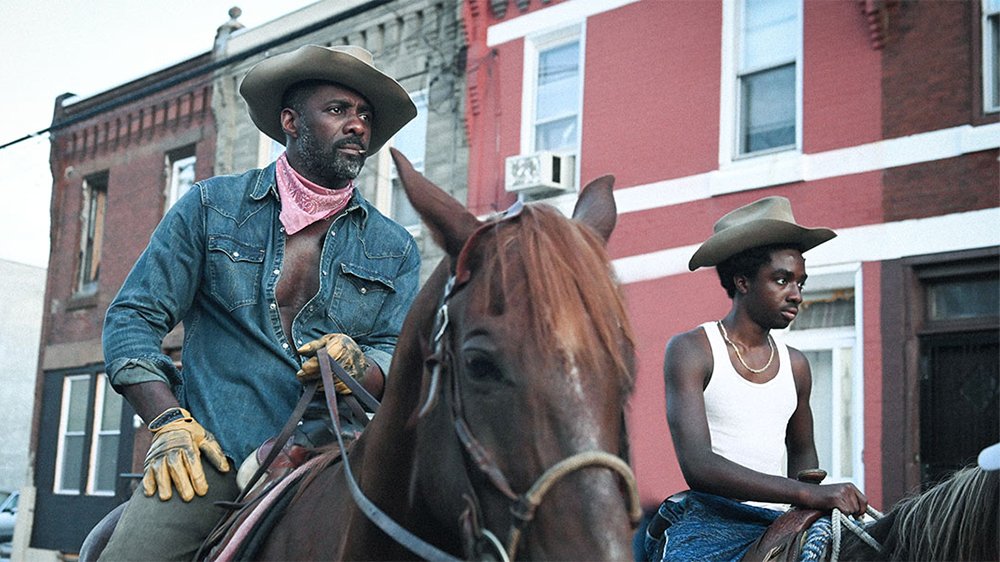 Though Ricky Staub's movie is full of cliches, it manages to go beyond its shortcomings, thanks to some character development and the natural advancement of the plot.

Concrete Cowboy stars Caleb McLaughlin as a headstrong teenager forced to live with his estranged father following his mother's frustration with his constant fights at school.

Cole (McLaughlin) hates his father, Harp (Idris Elba), and wants nothing to do with him. His father, on the other hand, barely knows the son who has become his responsibility. 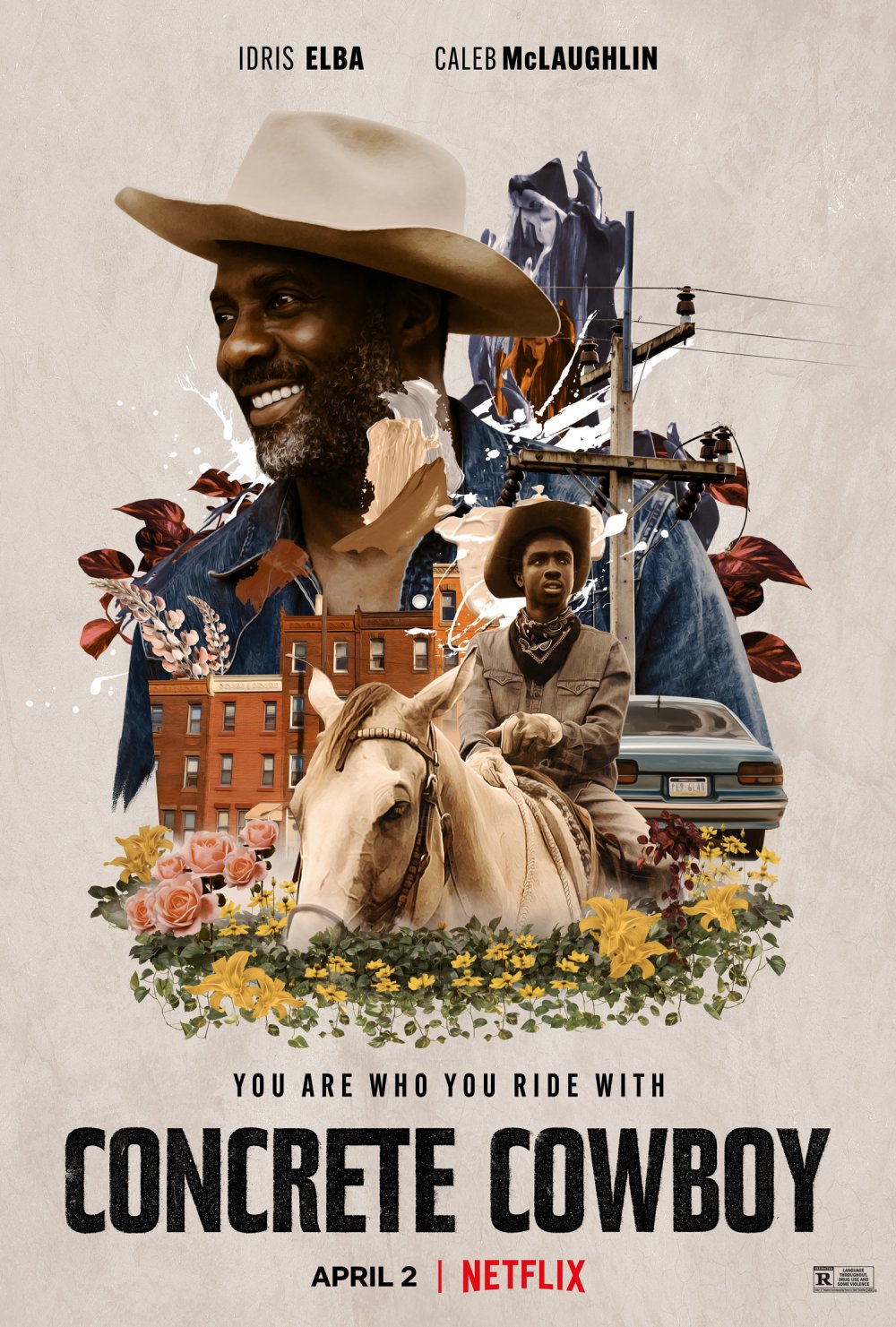 Cole reconnects with a childhood pal, Smush (Jharrel Jerome) and the latter introduces him into a life of petty crime. Harp detests this friendship and warns his son to stay clear of Smush but Cole doesn't listen.

As Cole spends more time in the little town where his father and a few others rear horses, he begins to develop an affinity for the creatures, and after he manages to perform the herculean task of 'breaking' the most stubborn one, he must decide the path to take to shape his life. For him, the choice is obvious but it will most likely not end well. 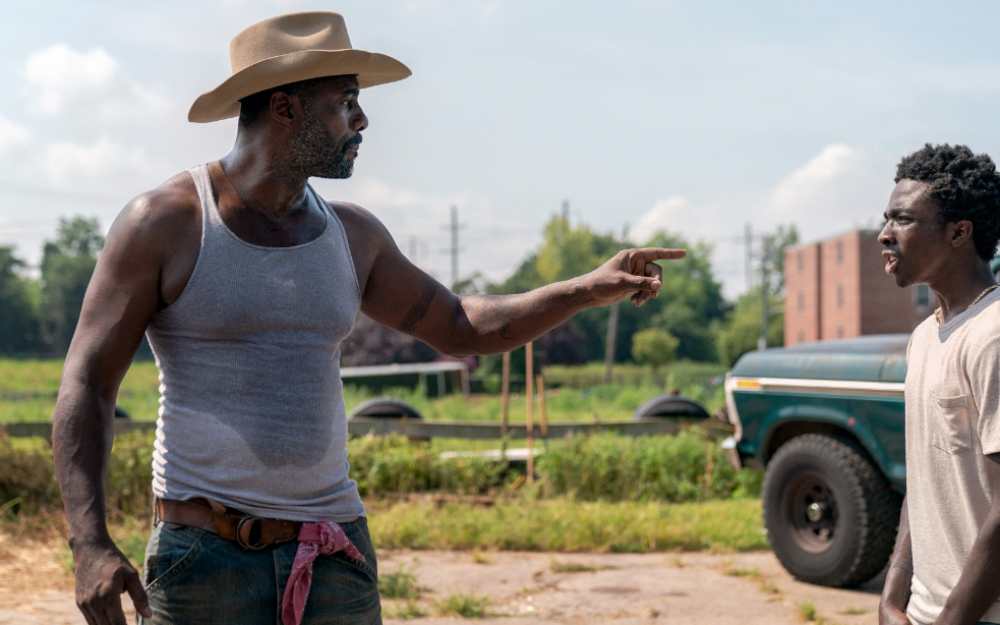 Concrete Cowboy marks McLaughlin's feature film debut and he gives it his all (and succeeds in the role). The range of emotions we see from him here shows some promise for his acting career and I for one was glad to see him play another character besides the one he portrayed in Netflix's Stranger Things.

Elba's charisma is unmistakable and his performance too is commendable. But I feel he should have been given more to do. Also, there were times when I didn't really buy into the accent of his character.

As the story of Concrete Cowboy unfolds, it dawns on the viewer that he/she knows where it's going. The ending is quite cheesy but the journey to that makes it worth it. 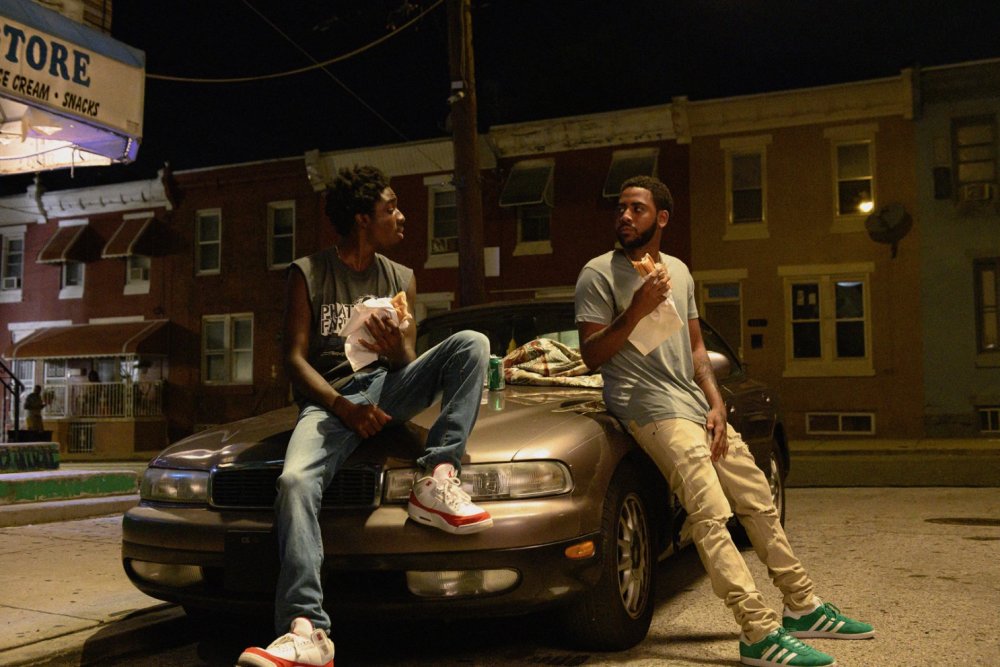 I love the relationship between the horse riders and the horses. It wasn't just a master and slave thing, but more of a bond. Unlike most riders, the Black folks believe that a horse doesn't need to be subdued. It only needs to be 'set free'.

A subtle message in this film is the importance of knowing one's heritage and fighting to preserve it, no matter what. That is something everyone can relate to.

In all, Concrete Cowboy works as it accomplishes what it sets out to do. I look forward to seeing McLaughlin in more feature film roles as we all await what his character will be up to in the upcoming fourth season of Stranger Things. 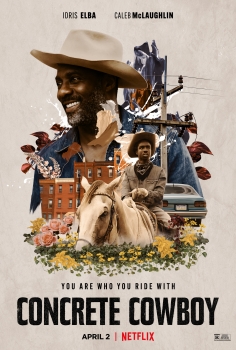 A headstrong teen is forced to live with his estranged father in the African-American horseriding part of Philadelphia, Pennsylvania. While ...