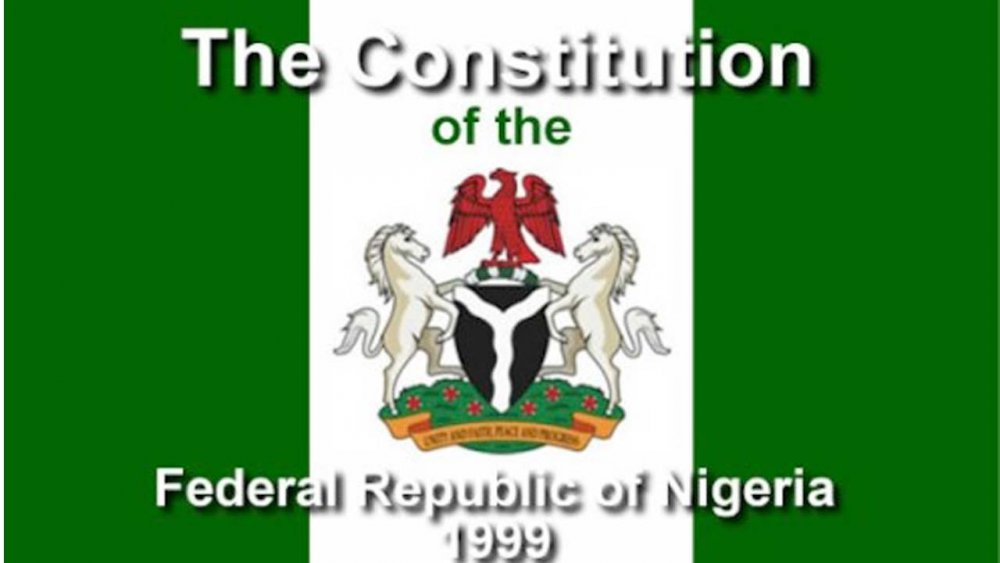 The CJN on June 3 presented to the Senate Committee on the review of the Constitution of the Federal Republic of Nigeria, 1999 as amended, a 45-point constitutional proposal on judicial reforms for amendment.

The Executive Director of ICRAD, Luqman Hassan, told the press that the CJN’s proposal was sound.

"This can be deciphered from the current state of the nation’s judiciary. The recommendations of the CJN to the Senate Committee to alter the 1999 constitution can be described as far-reaching,” he said.

Hassan commended CJN for the recommendations that the National Judicial Council (NJC) Secretary should be made to be at par with that of the Clerk of the National Assembly and that Chief Justice of Nigeria should be the head of the judiciary of the Federation.

“My Lord’s call for a reduction of Supreme Court Bench from its current 21 to 16,  is commendable.

"The CJN brought up ingenious recommendations that will guarantee a full-blown independence of the judiciary which is the most popular demand in our democratic sphere of today,” he said.

He commended the CJN’s proposal for the NJC in conjunction with the Salaries and Wages Commission to fix and review judges salaries every four years.

"On this, the initiative humbly submits that the recommendation would not be out of place if it is in line with the extant law regulating the review of the salaries and emoluments of the salary earners in Nigeria.

“We, therefore, take exception from the fact that if the pace of review of salary of other salary earners is more than that.

"The recommendation may also be a good innovation in our law as we believe the recommendation is a laudable one and would ensure a regular review of the salaries of the judiciary staff in line with the economic realities of the country,” Luqman said.

He believed also that, the fundamental reason why the CJN advanced for the review of their salaries every four years, was that;

”Judges salaries have not been reviewed in the last 13 years. The last review was since the Certain Political, Public and Judicial Office Holders (Salaries and Allowances, etc.) (Amendment) Act, 2008 was enacted.

“This is an ugly experience as the same salary can not be sustainable today.

"We further note that the recommendations include that section 230 of the constitution be altered by (a) substituting paragraph (a) of the existing subsection (2) with a new paragraph (a) as follows:

"We wish to humbly suggest that the current number of justices should be reduced to 18 as against the 16 recommended by the CJN in order to balance the appointment among the six geo-political zones” he suggested.

The reduction, Luqman said, certainly would not affect the administration of justice at the apex court since most of the appeals will terminate at the court of Appeal.

He further said considering the fact that as recommended by the proposal, all the appeals from the Court of Appeal to the Supreme Court should be by leave of the Supreme Court, the application for leave can be determined by 3 justices of the apex court sitting in the chamber.

“We further wish to note that the cases where Court of Appeal has its original jurisdiction should be considered by the apex court on appeal without leave.

"Also, the recommendation for the number of the Court of Appeal Justices pegged at 49 in the Constitution under Section 237, be amended now to not less than 100 justices is highly commendable.

"Moreso, if the judiciary is granted the power to exercise control over the Code of Conduct Tribunal, as the Federal Judicial Service Commission is to advise the NJC in nominating persons for appointment as the Chairman and members of the CCT, this will make the tribunal more judicial than being a tool in the hands of the executive” he added.

The Initiative, therefore, urged the legislature to give the recommendations its legislative ”imprimatur”.