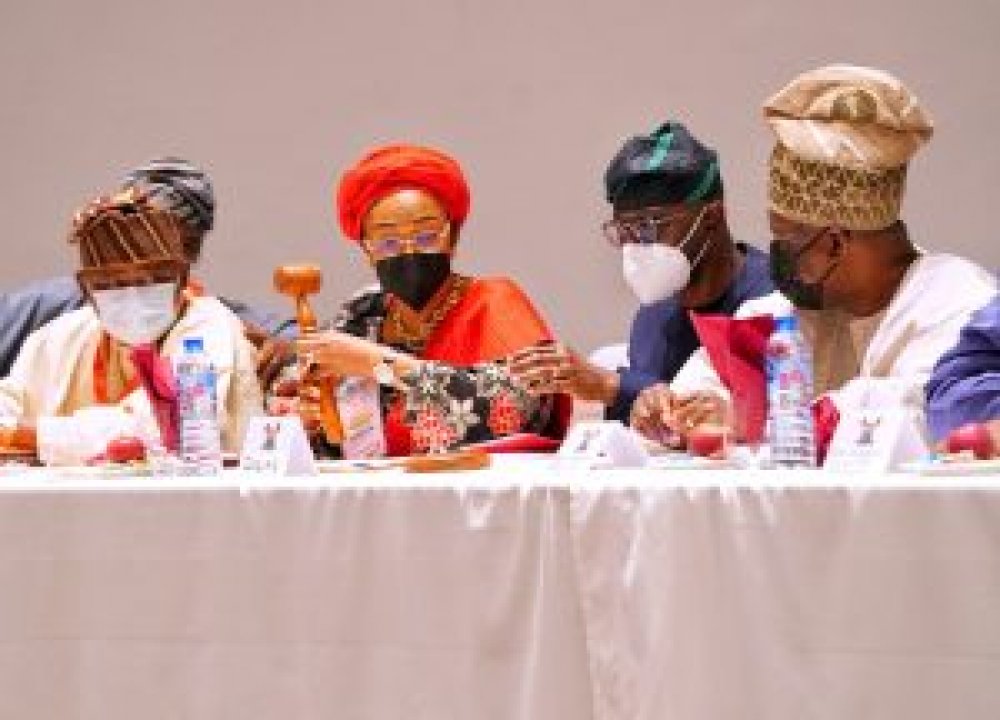 Governor Babajide Sanwo-Olu has said that issues of Special Status for Lagos, State Police and Fiscal Federalism were priorities for stakeholders in the state in the ongoing review process of the 1999 Constitution.

Sanwo-Olu said this while declaring open the South-West Zonal Public Hearing on the Review of the 1999 Constitution organized by the Senate in Lagos.

Sanwo-Olu said that the issue of a Special Economic Status for Lagos, considering its place in the national economy and the special burdens the state bore by virtue of its large population and limited landmass, was paramount on the list.

According to him, the request for a Special Economic Status for Lagos was “by no means a selfish one, but one that is actually in the interest of every Nigerian and of Nigeria as a nation.

”A Special Status for Lagos State, therefore, must be a concern not only for the people of Lagos State alone but for all Nigerians,” he said

He commended the National Assembly for responding to the concerns of Nigerians on the need to carry out a review of the 1999 Constitution to reflect the current realities that we have found ourselves as a nation.

”This is what true democracy is all about – the exercise of the sovereign will of the people, regarding how they are being governed and how they wish to be governed.

”The Constitution is the foundational body of principles defining our existence as a nation, and spelling out the rights and responsibilities of all elements and stakeholders.

”It is very necessary to subject that document to a constant process of review and updating, to ensure that it keeps up with changing times and contexts,” Sanwo-Olu said.

He noted that the need for the review of the 1999 Constitution had been a recurring subject of national conversation and clamor, with various groups of stakeholders desiring various particular outcomes.

Sanwo-Olu said that the constitutional amendment process would provide Nigerians the opportunity to express their minds on the issues that must be reflected in the Constitution.

He urged all to come to the exercise in the spirit of give-and-take, with a willingness to mutually compromise and avoid unnecessary tension and division along the way.

“This is what true democracy is all about, the exercise of the sovereign will of the people,” Sanwo-Olu said.

He said that this could be either by way of amendment to existing provisions or entirely new provisions.

Earlier, Senator Ovie Omo-Agege, Chairman, Senate Committee on Review of the 1999 Constitution, represented by Senator Oluremi Tinubu, Chairman of the Southwest Zonal Committee, said that the Senate had decided to adopt a bottom-top approach to engage Nigerians in the process.

Omo-Agege said that the need to address topical issues like judicial and electoral reforms, local government autonomy, and devolution of powers were sitting prominently on the agenda of the constitutional amendment process.

“A constitution review represents a critical phase in our development and advancement as a nation,” he said.

He said that, as a living document, the constitution and to a large extent our constitutional democracy needed to be reviewed from time to time to take stock and plan for the future.

“We have a compelling duty to carefully address challenges to this nation and there is no better way to do it than through this constitutional amendment exercise,” he added.

He said that the Senate and its counterpart from the House of Representatives had a herculean task of giving the people the constitution that would speak to the nation’s challenges.

The two-day public hearing had in attendance senators from Ogun, Oyo, and Lagos and various groups and workers’ unions, religious leaders, traditional leaders and civil society organizations, among others.