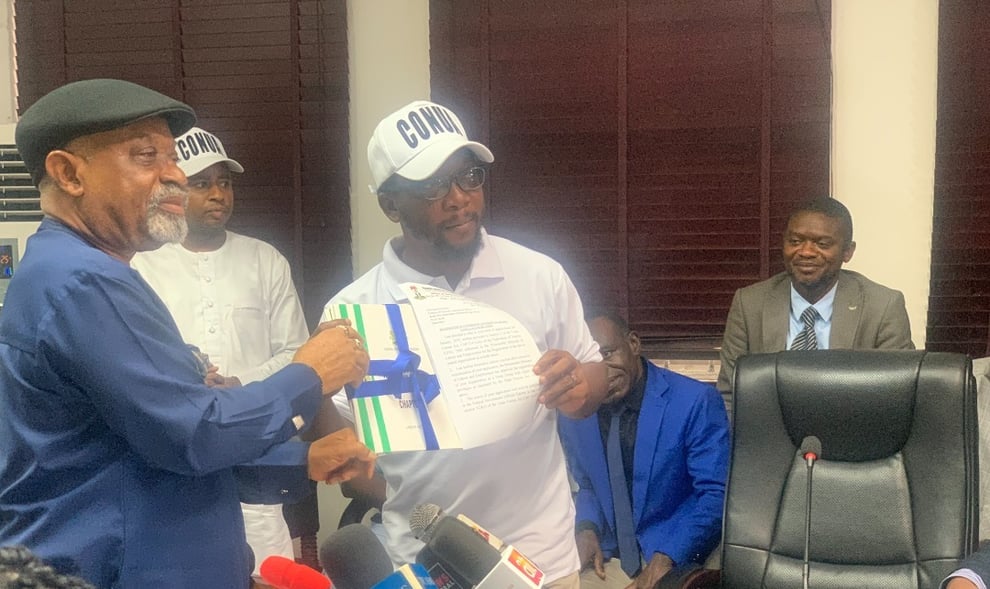 CONUA popularly referred to as a breakaway faction of the Academic Staff Union of Universities (ASUU) is a newly registered university union.

The Minister of Labour and Employment, Senator Chris Ngige presented the certificate of registration to the union on Tuesday amid the ongoing ASUU strike.

As students look forward to an end to the lingering industrial action, below are things to know about the breakaway faction:

1. CONUA which stands for Congress of Nigerian University Academics is a university-based union established by seven hundred and fifty (750) lecturers of the Obafemi Awolowo University, Ile Ife on February 12, 2018.

2. The union was formally inaugurated on March 6, 2018, at Block I Auditorium of the Obafemi Awolowo University with 120 attendees.

3. The union is led by Dr Niyi Sunmonu, a lecturer from the Department of Physics & Engineering Physics at the Obafemi Awolowo University, Ile-Ife.

4. CONUA has since established branches in over 17 universities across the nation.

6. CONUA applied for registration with the Federal Government in 2018 but became registered on October 4, 2022, after receiving the certificate of registration from the Minister of Labour and Employment, Senator Chris Ngige.

According to the Minister, the union would have been registered in 2020 but for the advent of the COVID-19 pandemic and the incessant strike by ASUU.

7. Like ASUU, CONUA faults the Integrated Payroll and Personnel information system (IPPIS) but is against the strike actions by the union.