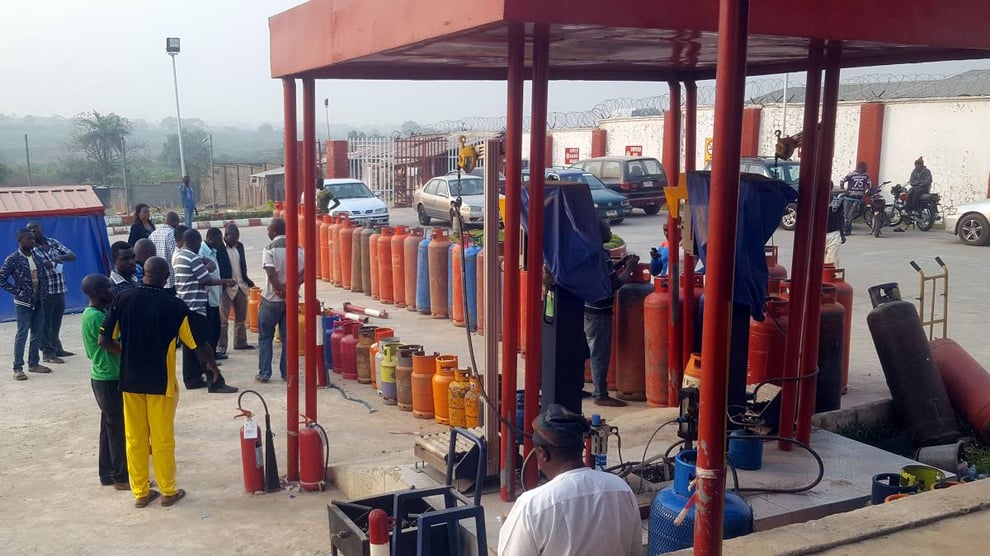 Residents of some states have called for the direct intervention of the Federal Government to check the frequent hike in the price of cooking gas in the country.

They observed that unless something was done, efforts of government in other fronts, like the fight against desertification, would be derailed, adding that people were now resorting to alternative sources like firewood and charcoal.

According to them, as people rely solely on firewood and charcoal, their market will boost, thereby encouraging the felling of trees and encroachment of the desert.

Marketers of cooking gas who spoke to NAN noted that already, there was a drastic reduction in sales of their wares, an indication that some of their customers had switched to other alternatives.

“Certainly, people must eat, and if so, they must cook using a source of energy,"

“The only plausible explanation will be that people have switched to other alternatives (firewood and charcoal), a development that is not environment-friendly,” said Usman Aliyu, a cooking gas trader in Kaduna."

Malam Bala Abubakar, Manager of a Gas Plant in Katsina, said an increase in the price of cooking gas in the state, from the N366 per kilogramme some months ago, to its current charge of N533, had resulted in reduced patronage.

He, therefore, said there was the need for the Federal Government to intervene.

Alhaji Mustapha Malami, a Manager of Gas station in Birnin Kebbi, said the hike might be a result of the inability of marketers to off-take 450,000 metric tonnes of the product.

“We used to sell the product N400 per kilogramme three months ago, but now it sells for N620,” he said.

Also, Malam Muhammad Lawal, a consumer of gas in Birnin Kebbi, said the cost had skyrocketed beyond the reach of even middle-class people.

“It is high time our government takes urgent steps over this development to help the people,” he appealed.

Similarly, some residents of Kano metropolis have appealed to the Federal Government to introduce a price control mechanism on cooking gas, to ease their sufferings.

One of them, Mrs Yasira Hamisu, a widow, said the price kept increasing by the day, appealing that government should place control measures.

She added that people would appreciate it if the government could fix the price for cooking gas.

Another resident of Kano, Mr Abdulrazak Ahmed, a civil servant, lamented the continuous increase in the price of cooking gas, saying the development was of concern to many Nigerians.

A banker, Ademola Adeniyi, lamented that many people had resorted to using charcoal and firewood as alternatives, a development that called for concern because of its implications on the environment.

Mr George Chibuzor, a cooking gas dealer in Kano, said the hike had resulted in a sharp drop in sales because only a few people could afford the current price.

In Zamfara, a staff of AA Gas plant in Gusau, Umar Babangayu, said the price of cooking gas had increased by between 30 to 40 per cent.

Babangida Ibrahim, a resident of Gusau, attributed the increase in the price of cooking gas in the state to the scarcity of firewood, an alternative source of cooking energy.

He said as one of the strategies being applied in the fight against banditry, the state government had stopped the movement of firewood from the bush to cities.

“This has forced households to resort to the use of cooking gas, for those who could afford it, thereby raising its price because of increased demand,” he said.

Within Sokoto metropolis, the price of cooking gas has also increased and customers are lamenting the sudden rise.