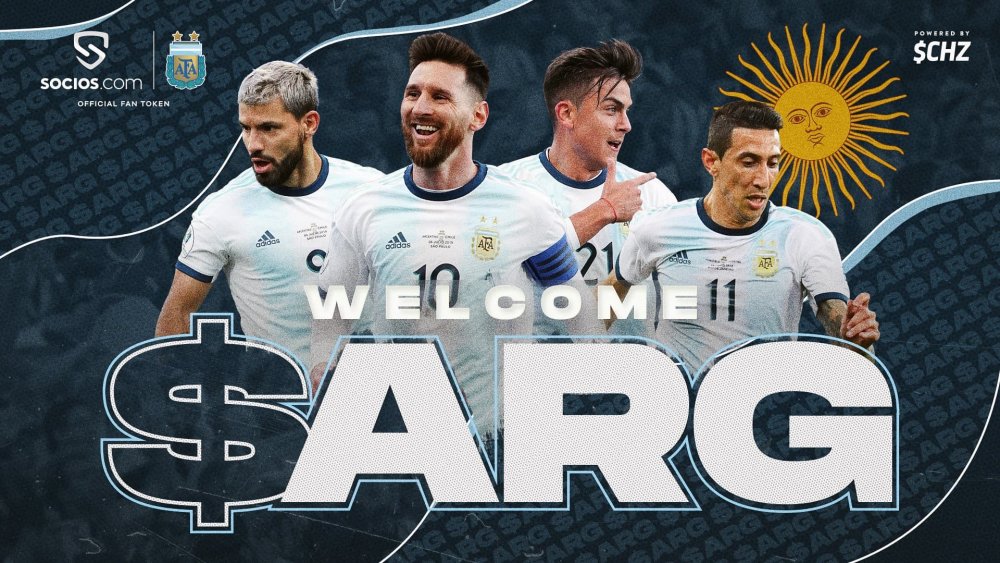 At the time of writing this report, the crypto token had gained more than 400% and was trading at over $8.15.

In May, Argentina became the first national football team to use Fan Tokens in engaging with their fans globally via the Socios.com fan platform.

Owners of these fan tokens have had the opportunity to influence what airplane will fly their football team to Brazil and which bus will drive players and coaching staff around the country.

The two-time world football champions will be banking on their captain, Lionel Messi and other stars including Di Maria, Aguero, with a desire to win Argentina’s first tournament since 1993.

A win at the Maracanã Stadium would give the Argentines their 15th Copa América title, while a Brazil win will earn the biggest South American country its tenth.

In an exclusive interview, Joe Grech, Head of Crypto at Chiliz spoke on the unique functionality of fan tokens, saying;

“Fan Tokens, now becoming widely adopted – are the perfect vehicle for bridging the gap between passive fans and active fans – all while rewarding team’s passionate fanbases with huge & exclusive money can’t buy experiences. 99% of fans do not live in the city of which their team’s stadium is, reaching fans in 2021 is a whole new ballgame, one in which we are excelling at.”

Market commentators opine that as leading football teams partner with Chiliz, a leading sports blockchain, it provides the sports industry with an innovative way to monetize fan support amid disruptions in sporting activities brought about by the COVID-19 pandemic.

Recent macros reveal fan tokens are fast gaining traction with over $120 million in generated revenue in the past seven months and shared with Socios.com partners.