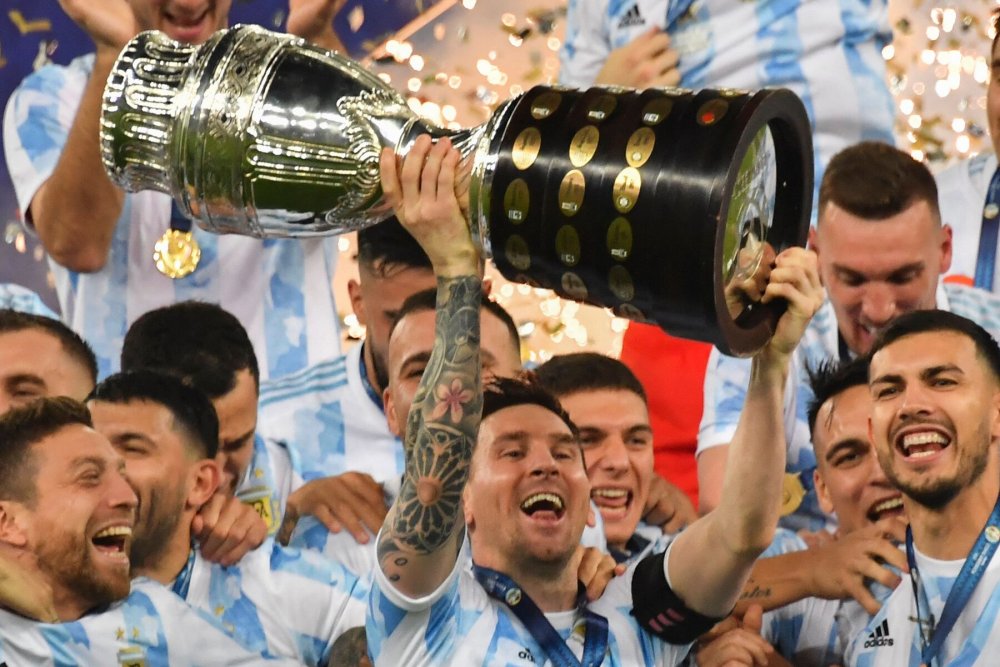 Lionel Messi says his happiness was "unexplainable" after Argentina defeated Brazil 1-0 at the Maracana to lift the 2021 Copa America title this weekend.

“I was sad before, but I knew that at some point it was going to happen,” the man regarded by many as the greatest-of-all-time told the press. “I feel that God was saving this moment for me, against Brazil in a final and in their country.”

Meanwhile, Argentina coach Lionel Scaloni has revealed Messi played in the Copa America win over Brazil with an injury.

“If you knew the way that he (Messi) played in the Copa America you'd love him even more. You can never do without a player like him, even when he is not fully fit like in this game and the previous one,” Scaloni said. “In the end he did not throw in the towel and he succeeded. We are talking about the best footballer of all time and everyone knew how important it was for him to win a title with the national team.”

In a piece of related news, Brazil coach Tite has hit out at the South American Football Confederation (CONMEBOL), criticising the organisation and singling out the president just moments after Brazil lost in the final to Argentina.

Tite critised the pitches used in the tournament and said players were put at risk because the tournament was thrown together with just two weeks notice.

This year's Copa America was supposed to be held in Colombia and Argentina but was moved after civil unrest in the former and a surge in COVID-19 cases in the latter.

Brazil's far-right president Jair Bolsonaro stepped in and agreed to host all 28 games but planning was hurried and, Tite said, problematic for the teams and players involved.

"The organisation left a lot to be desired," Tite said. "The pitches were poor. The players were put at an excessive risk. This shouldn't happen in a big tournament such as this one."

"I am talking specifically about the man responsible, Alejandro (Dominguez), who is the president of Conmebol," Tite added. "I am talking about him, for organising the tournament in such a short space of time."

Tite made similar criticisms about the pitches earlier in the tournament and was fined $5,000.

The Brazilian players also criticised CONMEBOL on the eve of the opening match, saying the organisation was "inadequate".

Tite's criticisms came moments after Argentina won 1-0 to end a 28-year trophy drought and win the Copa America for a record-equalling 15th time.

The defeat was Brazil's first since a friendly loss in 2019 and their first competitive defeat since going down to Belgium in the 2018 World Cup.