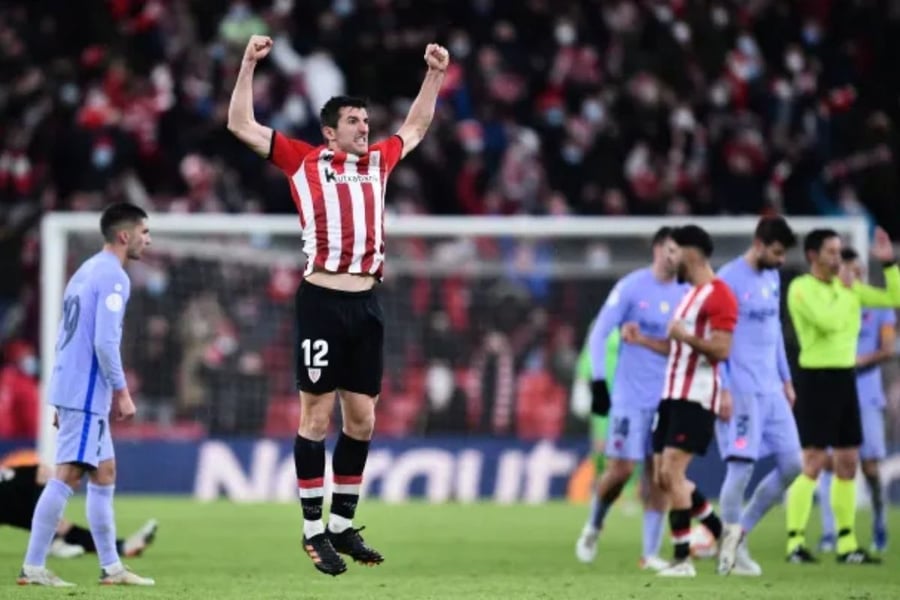 Holders Barcelona were knocked out of the Copa del Rey on Thursday by Athletic Bilbao with extra time needed to settle things at San Mames.

Athletic struck first only 102 seconds played, with a curler by skipper, Iker Muniain found the back of net beating Andre Ter Stegen at the post.

After 20 minutes Barca's new signing almost replicated Bilbao's goal with his curler at the other end to make it 1-1 on the night, it was Ferran Torres' first goal for Barcelona.

Bilbao were more threatening than Barcelona as they cause so many problems for them on the counter-attack with Inaki Williams' brother Williams Jnr taking the lead on the attack. Ter Stegen was very effective saving many attempts on goal.

The host thought they had won it in the 86th minute when Inigo Martinez prodded in at the back post ahead of the sliding Gerard Pique.

Barcelona, though, found a way back in the 93rd, as Dani Alves bicycle-kicked Jordi Alba's cross back into the area and Pedri's hit on the stretch was too powerful for Julen Agirrezabala's right hand.

Barca celebrated like it was the winner but there was extra time to come and injuries. No. 10 wonderboy Fati went off and then Pedri asked to depart.

The match ended 3-2 as Barcelona now has Europa League as the only remaining competition with a hope of a trophy as La Liga leaders Real Madrid continues to sail far.

Elsewhere on the night, Madrid pulled a comeback to defeat Elche 2-1 to progress in the Copa del Rey with Eden Hazard scoring his first goal for the club in eight months.