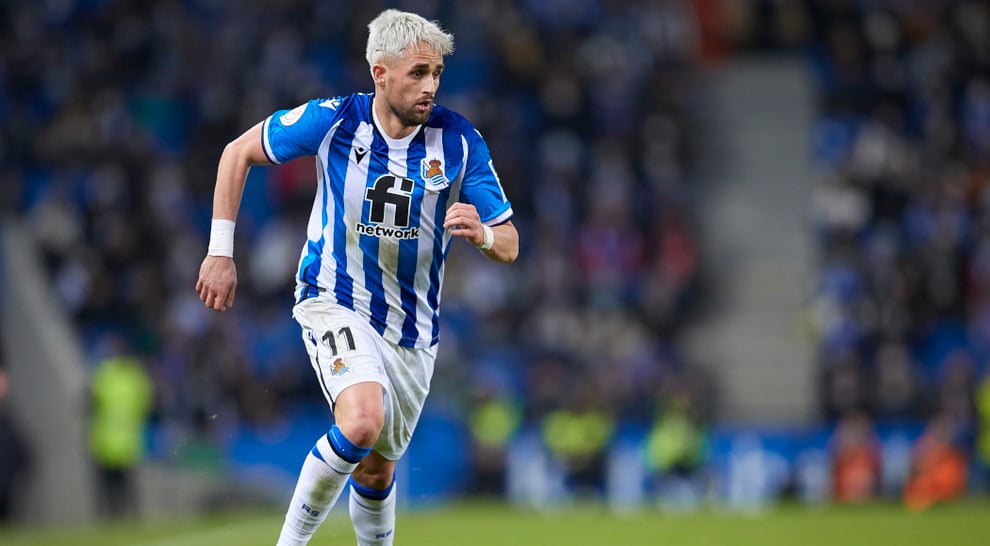 Atletico Madrid were knocked out of the Copa del Rey after a 2-0 defeat at Real Sociedad in the last 16 on Wednesday.

Sociedad took the lead in the 33rd minute from a superb header by Adnan Januzaj, who jumped between three defenders to nod the ball into the bottom-left corner of Jan Oblak's goal.

The hosts extended their lead after a defensive mistake when Mikel Oyarzabal robbed the ball from Felipe and freed Alexander Sorloth to run into the box and rifle a shot home from close range.

The Basque side joined Valencia, Real Betis, Rayo Vallecano, Mallorca, and Cadiz in the quarterfinals while Real Madrid faced Elche and Athletic Bilbao hosted Barcelona in the last two round-of-16 games on Thursday.

It was the second disappointing loss in a week for Atletico after they fell 2-1 to Athletic Bilbao in the semifinals of the Spanish Super Cup in Saudi Arabia.

Fourth in the LaLiga standings, 16 points behind leaders Real Madrid, Atletico are in a slump and pressure is mounting on their manager Diego Simeone.

"This is Atletico and we're going to give everything that we have to recover. We'll be back. We'll keep fighting. It's a bad situation but we'll get up for sure," defender Mario Hermoso told reporters.

It was a frantic first half, with both teams attacking and creating opportunities. Before scoring the opener, Januzaj sent a curling cross-shot against the post.

Joao Felix and Yannick Carrasco responded for Atletico with strikes that also hit the woodwork.

The game changed after Sorloth scored Sociedad's second goal and they controlled the rest of the match.

Sorloth almost added a third with a cross-shot from the edge of the box but Oblak made a fine reflex save.

Simeone made five substitutions but Atletico never threatened to get back into the match.