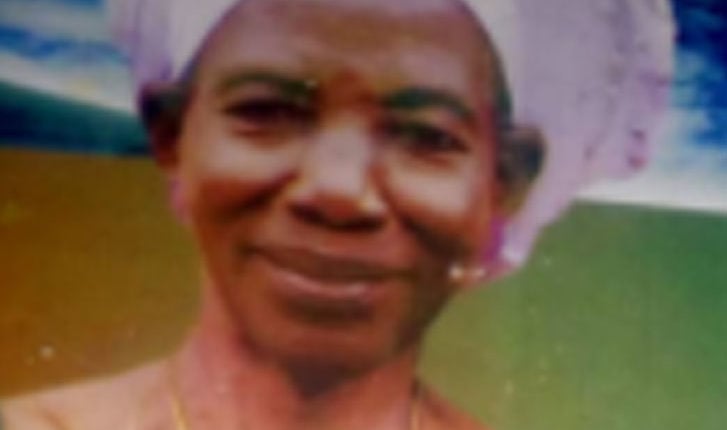 The remains of one Madam Grace Orjiokoro has been declared missing in a mortuary located at Afikpo South Local Government Area where it was deposited ahead of burial.

The 80-year-old woman, who died on June 2, 2021, was billed for burial on December 28, 2021, but the burial was put off following the disappearance of the corpse from the morgue.

Narrating the incident, a brother of the deceased, Pastor Fred Okoro, said the news of the disappearance of the corpse was a monumental shock to the family.

Okoro explained that the family members had gone to the mortuary to collect the remains of late Grace Orjiokoro on the scheduled burial date, December 28, 2021, only to discover that a different corpse was kept for them.

According to Okoro, the corpse was deposited at a morgue owned by Izunna Funeral Services Ltd located at the premises of General Hospital Owutu Edda in Afikpo South Local Government Area, on July 2, 2021, the same day the deceased died.

It was gathered that on the burial date, sympathizers and relations had converged at the deceased compound observing funeral rites while waiting for the arrival of her remains from the mortuary, only for the news of her disappearance from the mortuary to filter.

Okoro further alleged that they started suspecting foul play since the remains of his sister were deposited at the morgue as several efforts made by family members to see the condition of the corpse were allegedly frustrated by the morticians who always claimed that the morgue was being fumigated.

The management of the morgue was said to have offered them another corpse in place of theirs.

“The corpse presented to us was not ours because my sister is tall about 6ft tall and we discovered that the person was short. Not only that, my sister plaited hair that fell on her shoulder at the time of death but this one has a low cut hair,” he said.

A daughter of the deceased, who is a Naval Officer, Weslie Okoro, on her part, described the development as unbelievable, noting that when they dragged the morticians to Owutu Police Station, they claimed that they mistakenly handed her mother’s corpse to another family for burial.

“And even the mortuary attendant Felix said one of his colleagues said he knows the person he gave her mother’s corpse to,” She added.

But the deceased brother, Pastor Okoro said he suspected foul play as those alleged to have mistaken his sister’s corpse for theirs had refuted the allegation.

“It was discovered that those people deposited the body in May whereas my sister was deposited in July 2nd,” Okoro added.

When contacted, the Manager of the Mortuary, Vincent Ude said he was doing everything possible to recover the corpse.

“Investigations are still on now, I am sure we are going to recover the corpse,” he said.