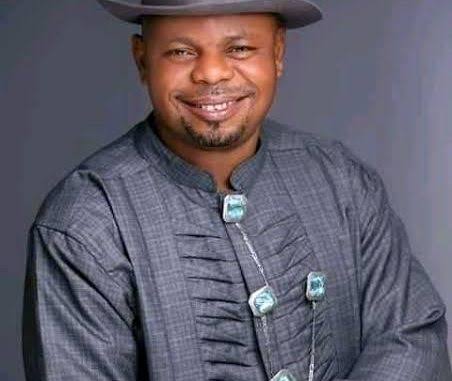 The court order followed a motion ex-parte dated February 24, 2022 and filed by the trio, Honourable Ngozi Lilian Ezuiloh, Honourable Oliver O. Osi and Honourable Odefa Obasi Odefa as plaintiffs against the declaration of their seats vacant and removal of Odefa as Deputy Speaker by the State House of Assembly last month.

It further barred the House of Assembly, the Speaker and the Clerk from carrying out any action that will affect the membership status of the three lawmakers.

The House had last month declared the seats of Odefa and the two other Lawmakers vacant.

The Assembly claimed Odefa wrote a letter resigning his membership of the House, an allegation Odefa outrightly denied.

The House said it declared the seats of the two other lawmakers vacant over their alleged resignation from their party, Peoples Democratic Party (PDP), and defecting to the APC.

The Lawmakers denied resigning their seats.

The three lawmakers, therefore, applied to the Abuja Division of the High Court to reclaim their seats and position which they said were wrongly taken away from them.

The Ebonyi House of Assembly, the Speaker of the Assembly, the Clerk and Ikoro were joined in the suit as 5th to 8th respondents.

Other respondents include the Independent National Electoral Commission (INEC), Attorney General of the Federation, Inspector General of Police and the Department of State Services, DSS, as 1st to 4th respondents.

According to the court, the Judge, His Lordship, Honourable Justice I.E. Ekwo barred the defendants from effecting any change to the status of the trio pending the hearing and final determination of the motion on notice.

Justice Ekwo ordered all parties in the matter to maintain the status quo that hitherto existed before the House took the controversial decisions against the trio last month.

The Judge said, “An Interim Order of this Honourable Court restraining the defendants, especially the 5th to 8th defendants, either by thrmselves, their servants, privies or otherwise howsoever from taking any other or further steps as it relates to the entire circumstances of this matter and or from disturbing the plaintiffs’ membership of Ebonyi State House of Assembly, pending the hearing and final determination of the motion on notice.