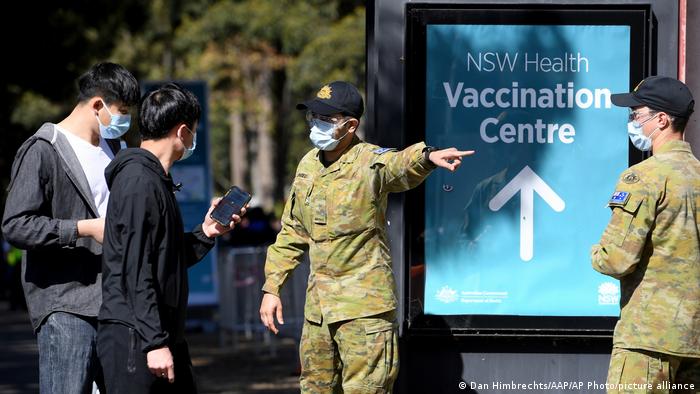 Australia has reached the milestone of 70 per cent of its population being vaccinated against the coronavirus.

Paul Kelly, Australia’s Chief Medical Officer, said this meant that the country could move into a new phase.

He said the country would consider what else can be done to get back to the normal system.

The country’s government recently announced it would take steps toward opening its international borders, which have been closed since March 2020 with few exceptions.

“Fully vaccinated Australian citizens and permanent residents will soon be able to travel freely in and out of the country again.

“But when this will apply to those on student and work visas or tourists again is unclear.

“Many Australians abroad have been unable to travel home for the last 18 months, while those in the country have been barred from leaving.

“That is because of the strict arrival caps, high flight and mandatory quarantine hotel costs.”

The country of 25 million people had a slow start to its vaccination campaign but quickly gained momentum in the last few months.

As outbreaks of the Delta variant pushed a large parts of the country into lockdowns, Sydney and Melbourne have been particularly affected.

The government said it is unlikely for the country to turn into strict lockdowns in future.