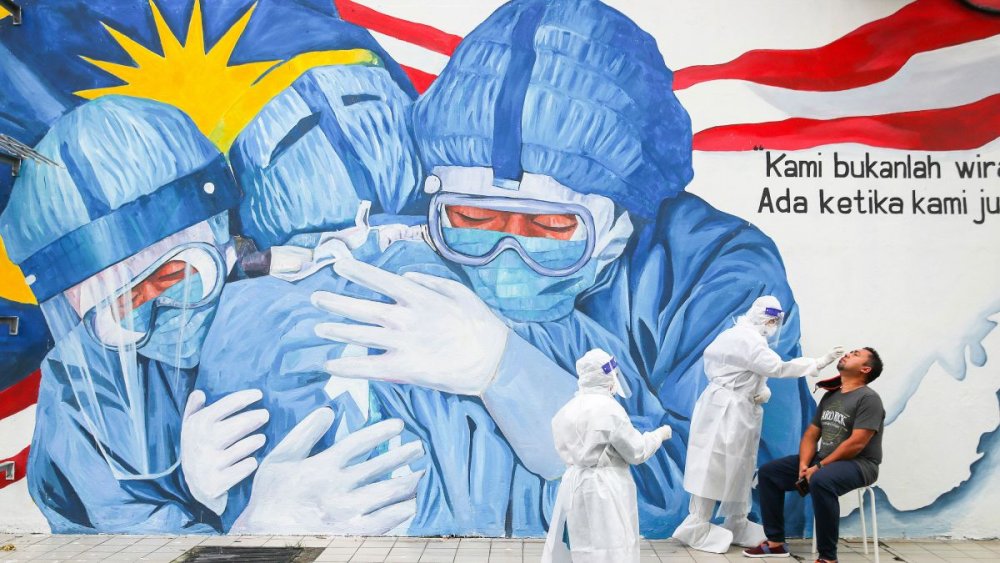 The King of Malaysia, Al-Sultan Abdullah on Tuesday declared a nationwide state of emergency for the first time in more than half of a century to fight coronavirus (COVID-19) surge, a move that bolsters Prime Minister Muhyiddin Yassin's precarious hold on power, and forestalls any attempt by opponents to force an early election.

The declaration came a day after the prime minister announced sweeping new curbs across much of the Southeast Asian nation, including the closure of most businesses, and warned the health system was “at breaking point”.

According to the statement issued by the National Palace said Sultan Abdullah Sultan Ahmad Shah agreed to declare an emergency until August 1 following a request from Prime Minister Muhyiddin Yassin.

It is the first time Malaysia has declared a national state of emergency in over half a century and Muhyiddin, in a televised address, confirmed parliament would be suspended and elections would not take place for the time being.

But the leader, whose 10-month-old administration is showing signs of falling apart, insisted that “the civilian government will continue to function”.

“The emergency declaration… is not a military coup and a curfew will not be enforced,” he said.

He insisted he was committed to holding a general election once the country’s outbreak is brought under control.

The announcement came after Muhyiddin’s key coalition allies started withdrawing support, which could have led to the collapse of the government and snap national polls that some feared could worsen the outbreak.

Muhyiddin has narrowly survived a series of challenges in parliament since taking office but is now thought to have lost his majority.

Malaysia kept the virus in check for much of last year with a tough lockdown but, once curbs were eased, cases accelerated and have repeatedly hit fresh records in recent days.

As well as suspending political life, the declaration gives the government powers to take over private hospitals as government facilities become overwhelmed, and get extra help from the military and police, Muhyiddin said.

The emergency could be lifted earlier if the rate of infection slows. The country has reported more than 138,000 virus cases and 555 deaths.

An election in the state of Sabah last year has been blamed for triggering a new wave of infections that spread nationwide.

But opposition lawmakers lashed out at the move, saying the partial lockdown announced earlier this week was enough to tackle the virus.

The emergency declaration “is to extend Prime Minister Muhyiddin Yassin’s political life given that he has lost his parliamentary majority,” said Charles Santiago, a lawmaker from the Democratic Action Party.

“The role of parliament is critical at this time in order to ensure transparency, human rights, and democracy in the affairs of the state.”

The Kuala Lumpur stock market slid 0.45 per cent after the state of emergency was announced.

Muhyiddin first tried to persuade the king to declare an emergency in October but was rebuffed. The last time an emergency was declared nationally was in 1969, in response to deadly racial riots.

Malaysia has been in political turmoil since March last year when Muhyiddin came to power without an election following then prime minister Mahathir Mohamad’s resignation and the collapse of his reformist administration.

Mahathir, 95, led an opposition alliance to a historic victory at landmark polls in 2018 and toppled a corruption-riddled coalition that had governed the country for six decades.