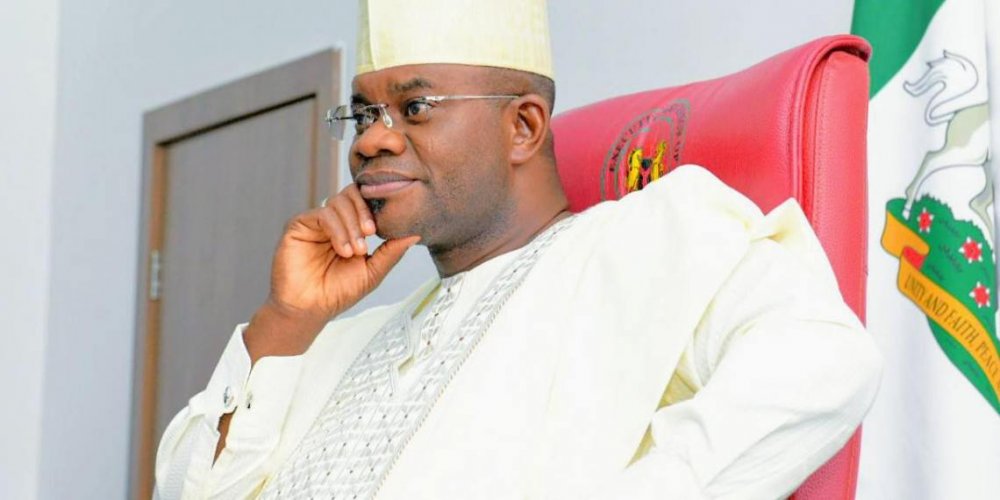 The Governor of Kogi State, Yahaya Bello has claimed that no one has been infected following the widespread coronavirus (COVID-19) testing campaign being done in the state despite the glaring evidence of the acute virus across states.

AllNews understands that the governor has repeatedly criticized the coronavirus response strategy in Nigeria, a situation that pitted him against federal officials and health professionals.

“After the earlier misunderstanding we had with the federal health officials and the NCDC, we later allowed them to step in and test people,” he said.

“After one month of intensive testing by their workers and officials, not one single person tested positive. The NCDC, the ministry of health, and my state incident management team went around.

"They went to institutions, market places, motor parks, streets, villages, towns, and cities, and not one single individual was confirmed positive. When students are resuming schools, we carry out tests on both indigenes and non-indigenes, indigenes and there has never been one single positive test.

“We have NYSC camp in Kogi and we have received three to four batches. The NCDC, NYSC officials, and the military with our incident management team tested all the CORP members. Every stream comprises of about 700 to 750 persons and nobody tested positive.”

However, Governor Bello whose government had at least once scuttled efforts by the country’s infectious disease agency, (NCDC) to coordinate COVID-19 testing, made claims of a “massive testing regimen” in the state.

According to the most recent National Center for Disease and Control (NCDC) general fact-sheet on COVID-19 response by states, the claims by the governor are false.

Kogi, a state of almost 3.5 million people, had tested only 425 samples by December 11, the national situational report published December 12 by the NCDC showed.

While states are solely in charge of their coronavirus management and response, the NCDC supports and receives daily infection information from them which is then published by the agency on its microsite.

This ultimately serves as the yardstick in which Nigeria’s COVID-19 outbreak is measured, just as it is in all countries battling the contagion.

However, the reliability of these figures has raised concerns due to several loopholes and challenges including that state officials are not turning in enough test samples.

Kogi has gone nearly 200 days without a single coronavirus infection or death, a situation the NCDC and health experts attributed to acute under-testing.

On whether there is any plausible reason why the state has not reported a single case in about 120 days, many health experts attributed it to poor testing.

“Our target in every state in Nigeria is to test at least 1 percent of the state’s population. This is the only way we can accurately state if the outbreak has been controlled or not”, Chikwe Ihekweazu, the NCDC director said when the state crossed 120 days of no new cases and deaths in late October.