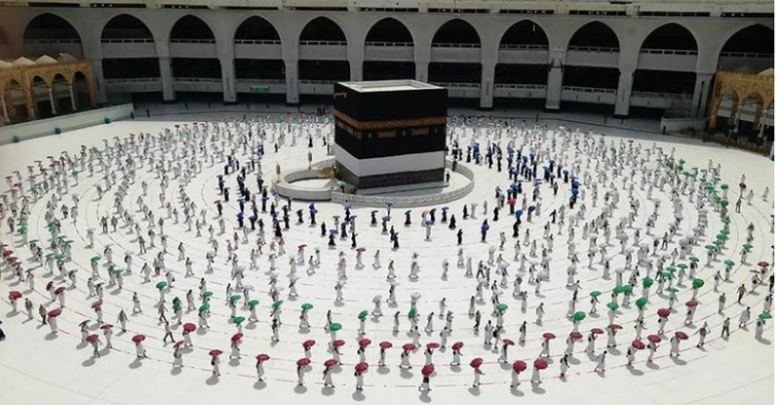 Authorities in Saudi Arabia have dismissed the suspension of Umrah due to an increase in COVID-19 as mere rumours.

A source in the Saudi Ministry of Hajj and Umrah told Haramain Sharifain that it has no plans to suspend Umrah.

The General Presidency for the Affairs of the Two Holy Mosques recently reintroduced physical and social distancing in the two Holy Mosques after a rise in COVID-19 cases was noted, and called on visitors and pilgrims to adhere to the precautionary measures decided by the competent authorities.

“We call on every pilgrim and visitor to adhere to physical distancing and wearing of masks at all times as this will ensure your safety and the safety of others,” the Imam of the Grand Mosque Sheikh Yasir Al Dossary announced before commencing the afternoon prayers on Thursday.

The total number of recoveries in the Kingdom increased to 555,035 after 2,978 more patients recovered from the virus.

A total of 8,901 people have succumbed to the virus in the Kingdom so far. Over 53.3 million doses of coronavirus vaccine has been administered in the Kingdom to date.

According to Haramain Sharifain and Arab News, the General Presidency for the affairs of the Grand Mosque and the Prophet’s Mosque increased its preparedness to welcome visitors in the coming period through updating electrical, mechanical and electronic elements.