COVID-19: WHO Disqualifies Nigeria From Vaccine Bid Over Lack Of Storage Facility 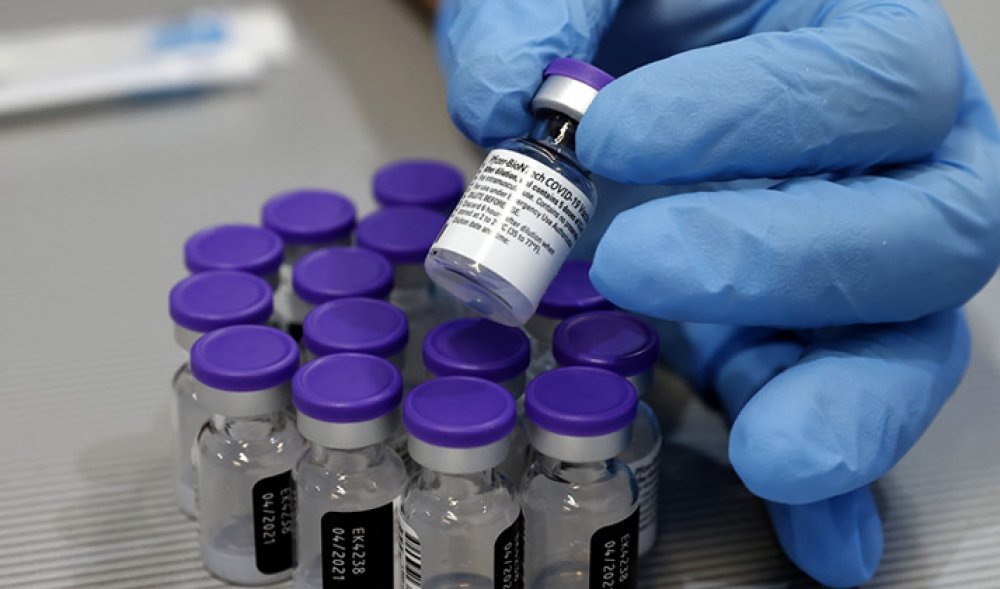 Following the inability of the Nigeria government to meet the standard requirement to store the COVID-19 vaccines at the required 70 degrees celsius, the World Health Organization-led COVAX global initiative has disqualified the country from the Pfizer vaccines bid.

The Director, WHO, African Region, Dr Matshidiso Moeti who made this known in a virtual press conference said only four African countries were shortlisted for the Pfizer vaccine out of the 13 countries that applied.

AllNews reports that the Nigerian government had stated that it was expected to receive 100,000 doses through the COVAX initiative, which was set up to ensure rapid and equitable access to COVID-19 vaccines for all countries, regardless of income level.

According to her, the organization (WHO) could not risk the Pfizer vaccines being wasted.

She said, "Around 320,000 doses of the Pfizer-BioNTech vaccine have been allocated to four African countries which are Cape Verde, Rwanda, South Africa and Tunisia. This vaccine has received WHO Emergency Use Listing but requires countries to store and distribute doses at minus 70 degrees Celsius.

"To access an initial limited Pfizer vaccine volume, countries were invited to submit proposals. Thirteen African countries submitted proposals and were evaluated by a multi-agency committee based on current mortality rates, new cases and trends, and the capacity to handle the vaccine's ultra-cold chain needs.

"This announcement allows countries to fine-tune their planning for COVID-19 immunisation campaigns. We urge African nations to ramp up readiness and finalise their national vaccine deployment plans.

"Regulatory processes, cold chain systems and distribution plans need to be in place to ensure vaccines are safely expedited from entry ports to delivery. We can't afford to waste a single dose."

Meanwhile, the Director-General of the Nigerian Institute of Medical Research, Prof Babatunde Salako, had told newsmen that there is not enough space at the moment to store the Pfizer vaccines at that temperature.

But the Executive Director of the National Primary Health Care Development Agency, Dr Faisal Shuaib, had described the report as fake, saying Nigeria had the capacity to store the vaccines and had taken journalists on a tour of its facility in Abuja.

However, Nigeria was expected to be on the list of African countries to receive the first set of Pfizer vaccines because of its rate of infection which is now the sixth-highest on the continent.

Only South Africa, Morocco, Tunisia, Egypt and Ethiopia have higher infection rates than Nigeria. But Morocco and Egypt have already independently obtained vaccines and begun distribution while South Africa, which has the highest burden of the disease in Africa, has already procured one million doses of the Oxford-AstraZeneca vaccine, produced in India but has yet to begin distribution.

Nigeria has, however, received no COVID-19 vaccine even as its rate of infection has continued to surge. Unlike the other vaccines on the market, the BioNTech/Pfizer vaccine, which has the highest WHO rating, is expected to be stored at 70 degrees Celsius which Nigeria could not meet.

The WHO regional director said countries that failed to make the Pfizer list could get the Oxford-AstraZeneca vaccine later in the month although it has not yet been endorsed by the health organisation.

"This is subject to the WHO listing the vaccine for emergency use. The review is ongoing and its outcome is expected very soon.”

The WHO director said it was time for African countries to up their game in the rollout of vaccines.

She said the initial phase of 90 million doses of COVID-19 vaccines would support countries to immunise three per cent of the African population most in need of protection, including health workers and other vulnerable groups in the first half of 2021.

“As production capacity increases and more vaccines become available, the aim is to vaccinate at least 20 per cent of Africans by providing up to 600 million doses by the end of 2021,” Moeti said.

To complement COVAX efforts, the African Union has secured 670 million vaccine doses for the continent which will be distributed in 2021 and 2022 as countries secure adequate financing. The African Export-Import Bank will facilitate payments by providing advance procurement commitment guarantees of up to $2bn to the manufacturers on behalf of countries.

Since the AU will distribute vaccines based on population, Nigeria is expected to receive the highest shipment. However, no date has been announced for the distribution.