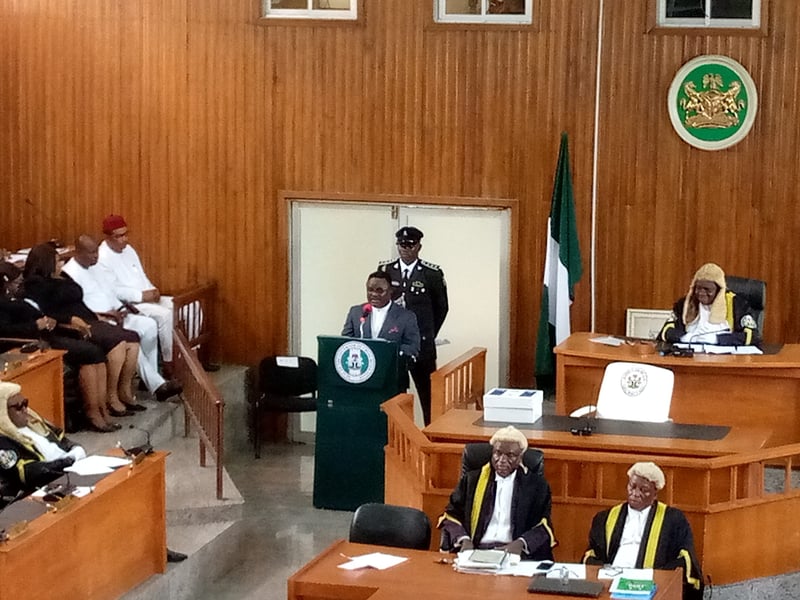 Gov. Ben Ayade of Cross River on Friday presented a budget of N276 billion for 2022 fiscal year to the state House of Assembly.

Ayade said that the budget christened “Conjugated Agglutination” was a continuation of budgets of previous years with no new capital projects intended for the year.

“We are going to focus on completing existing projects with the view to making them functional,"

“Regular payment of salaries is also a priority in the 2022 fiscal year,” he said.

Ayade added that the government was considering keeping aside a special fund for payment of gratuities of retired civil servants in the state.

According to him, this is to ensure a gradual reduction of the backlog of gratuities owed to retirees in the state.

“It is my dream that all retirees get their gratuities with less stress,” the governor said.

He solicited the cooperation of the house of assembly for speedy passage of the budget.

“I also appeal that you and other well-meaning citizens of Cross River join in the task of delivering on our numerous developmental projects for the benefit of our people,” he said.

Responding, the Speaker of the house, Etteng Williams, assured the governor that the house would do all within its powers to ensure early passage of the budget.

“We will corporate with you to deliver on this administration’s laudable projects through the early passage of the budget,” he said.