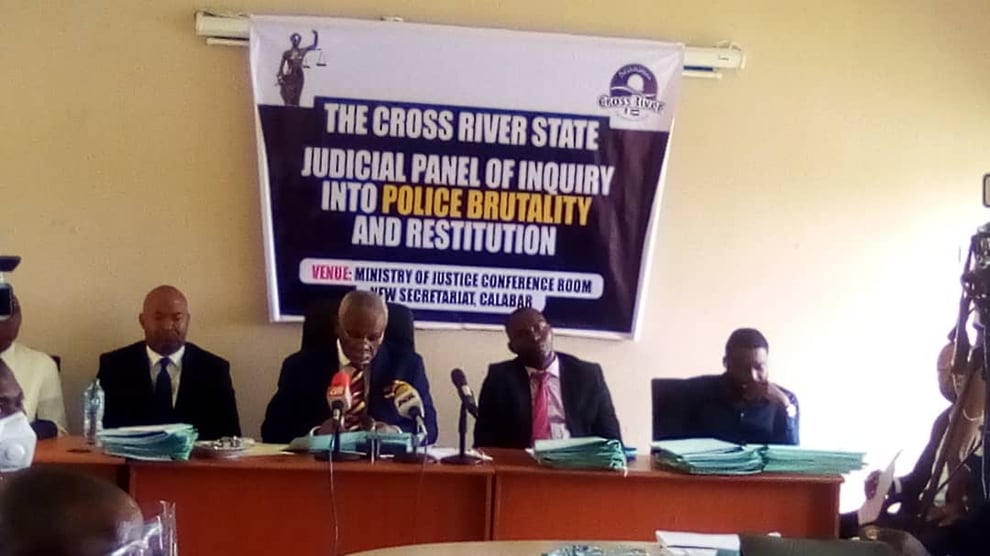 The Independent Investigation Panel investigating human rights violations by the defunct Special Anti-Robbery Squad (SARS) and other units of the police on Tuesday adjourned for the adoption of written addresses by both the prosecution and defence.

This move came after the police counsel, Fidelis Ogbobe, told the panel that he had no witnesses to call.

The Panel Chairman, Justice Suleiman Galadima (Rtd.), had earlier directed the Commissioner of Police, Cross River and the Security Adviser to the State Governor to appear before it.

This was in connection with their alleged roles in Operation Skolombo which resulted in the death of one Emmanuel Ita Ephraim.

The panel also ordered Assistant Superintendent of Policr Marcus Joe to appear before it, following his alleged role in depositing Ephraim’s remains in the mortuary of the General Hospital, Calabar.

The panel, in addition to the above-stated directives, mandated the police to produce before the panel a certified true copy of the police station’s crime diary where the movement of the deceased body was documented after he was allegedly killed by Operation Skolombo operatives.

At the panel’s resumed sitting on Tuesday, the counsel to the police said he did not have any witnesses to call.

Justice Galadima subsequently adjourned the sitting till December 2 for the adoption of written addresses by both prosecution and defence.

Paul Offiong had petitioned on behalf of his late brother, Ephraim. He alleged the extrajudicial killing of Ephraim.

He said that on June 17, 2017, his brother was shot by operatives of operation Skolombo, while the former was on his way to church.

Operation Skolombo includes DSS, Navy and NSCDC operatives, a security outfit set up by the Cross River government to maintain peace and order in the State.

Under cross-examination, the fourth respondent Assistant Commissioner of Police, Kabiru Salisu told the panel that the police personnel were not part of Operation Skolombo on the day Ephraim was killed.