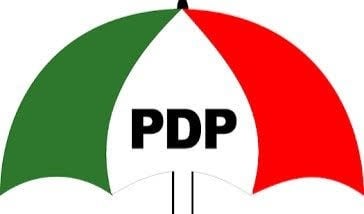 The People’s Democratic Party (PDP) has commended the High Court sacking of 20 lawmakers that left the party recently.

Venatius Ikem, the Chairman in the state, on Tuesday said members of the party were ecstatic about the judgment that sacked the lawmakers who defected to the All Progressives Congress (APC).

According to him, they decided to challenge the arbitrary acts of politicians following the defection of some of their members.

Ikem was reacting to the judgment of a High Court in Abuja that sacked the legislators over their defection.

In a judgment delivered by Justice Taiwo Taiwo on March 21, the court held that the lawmakers needed to vacate their seats since they abandoned the party which brought them to power.

The chairman said they were in an ecstatic mood having reclaimed their victory.

“We have left no one in doubt that we had confidence in the judiciary and we believed that we would reclaim our mandate.

“The difference between this case and the others in the past is that we challenged it, the courts don’t just give judgments, but adjudicate on matters brought before it.

“We decided that one way or the other, we would correct certain things in our politics and the judgment today is the beginning of this,” he said.

On his part, Mike Ojisi, the State Publicity Secretary of the PDP, said they were ready to field their candidates for the vacant positions, adding that the judgment is a welcome development.

“We are conscious of the fact that they may want to go for appeal, but that will not make any difference.

“If these lawmakers that were sacked today were wise, they would have learned a lesson from the judgment involving the Ebonyi governor.

“Even if they had returned to the party a day before this judgment, we would have received them with open arms.

“Our umbrella is so large that it can accommodate as many people as possible,” he said.