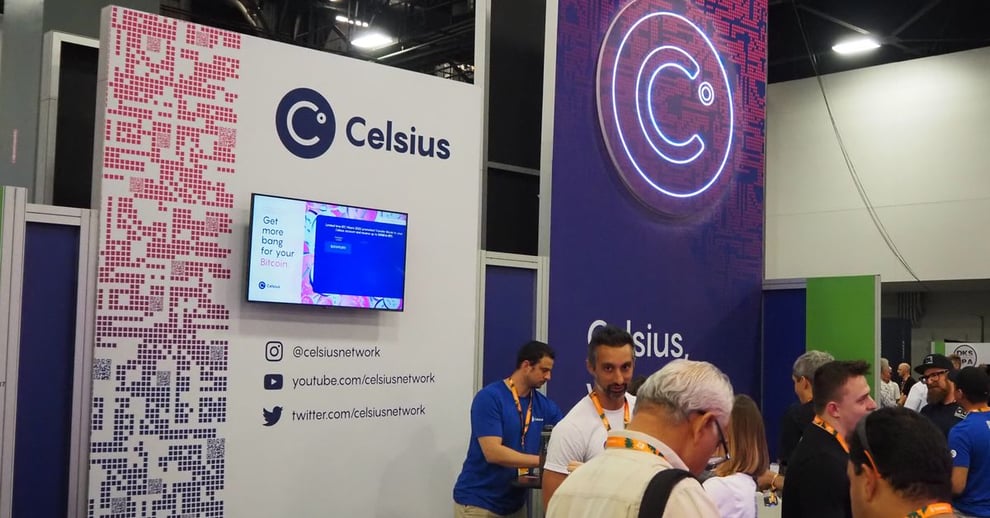 Cryptocurrency lender, Celsius Network Ltd. has halted withdrawals, swaps, and transfers on its platform, sparking a broad cryptocurrency selloff and prompting a rival to propose a potential purchase for its assets.

Following the Celsius statement, crypto markets plummeted, with Bitcoin plummeting as much as 10% to its lowest level since December 2020, and other key coins such as Ether also tumbling severely.

After the Terra ecosystem collapsed in May, and as tighter monetary policy around the world restricts demand for riskier assets, doubts about the sky-high rates supporting products like those Celsius provides have grown.

According to its website, the CEL token promises "real financial incentives," including up to 30% more weekly returns.

Nexo, a London-based rival, claimed on Twitter that it is willing to buy Celsius's "remaining qualified assets," which is defined as "primarily their collateralized loan portfolio."

Nexo later posted a letter of intent on Twitter describing the offer. The tweets were confirmed by a Nexo spokesperson.

"Our help was rebuffed," Nexo stated, adding that it had sought out to Celsius to offer assistance.

"A spokesperson for the company claimed in an email that it has a "good liquidity and equity position."

Celsius did not react to queries for comment on Nexo's remark right away.

In response to a post by Mike Dudas, a crypto investor and co-founder of The Block, Celsius Chief Executive Officer Alex Mashinsky appeared to counter speculation about a withdrawal freeze, tweeting "Mike do you even know one person who has a problem withdrawing from Celsius?" just over a day before announcing the halt.

"We are taking this action now to put Celsius in a better position to honour its withdrawal obligations over time," Celsius said in a statement.

According to the company, users will continue to earn incentives during the interruption.

The statement came as crypto markets were in upheaval, with worse-than-expected US inflation figures on Friday fueling anticipation of faster interest rate hikes, which would hammer riskier assets like digital currencies.

“The Celsius news added fuel to the fire, adding to the uncertainty in the market,” said Vijay Ayyar, vice president of corporate development and international at crypto platform Luno.

“There is a lot of pressure on prices as we go into the week of Fed decision coupled with concerns on the protocols offering high-yield products.”

CoinGecko revealed that tokens tied to lending and borrowing protocols underperformed on Monday, with their overall value down 10% versus a 6.4 percent loss in the larger crypto world.

Ethereum blockchain data also shows that the largest single digital wallet holding CEL tokens is one belonging to Celsius, with over 184 million CEL tokens in circulation, or 26.6 percent of the total supply.

In a weekend tweet, Mashinsky stressed that Celsius was not selling the token.

The early May crash of the TerraUSD stablecoin and its companion token Luna sparked widespread distrust of the lucrative returns promised by crypto lenders like Celsius and decentralised finance platforms.

Before the TerraUSD, or UST, crisis, Anchor, a project tied to the Terra environment, was offering dividends of around 20%.

“The plunge of Celsius’s token $CEL seems to be a realization of the contagion risk of UST/LUNA into similar financial tools,” said Burak Tamac, senior analyst for regulatory and on-chain at CryptoQuant.