Cryptos Are Here To Stay, But Do They Need To Be Regulated? 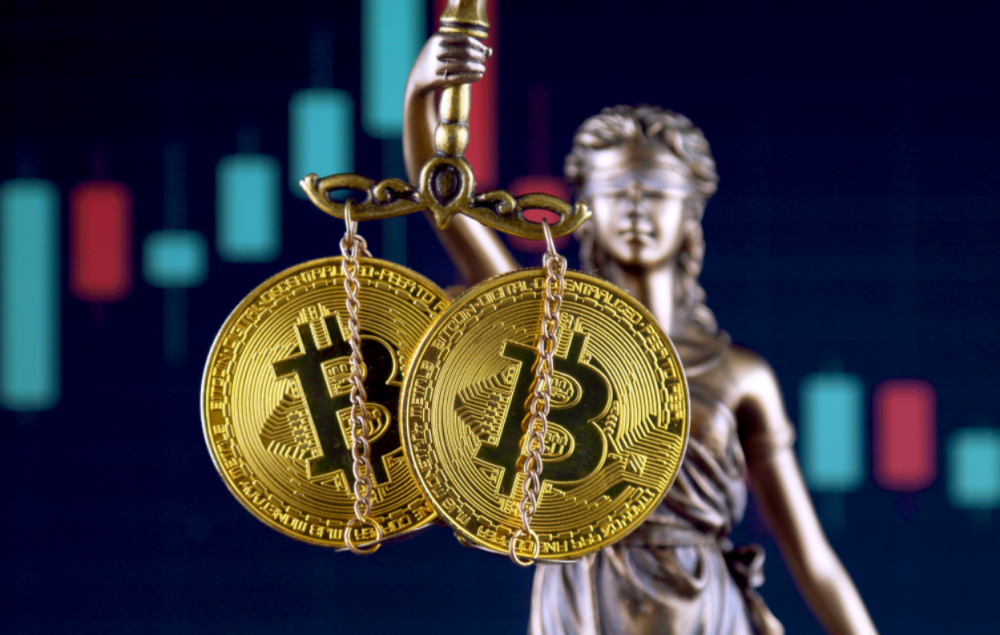 The recent bearish performance of the cryptocurrency markets has raised questions about the future of these digital assets, as several investors are still licking their wounds from the massive selloff.

The truth, however, is that cryptocurrencies are here to stay as their use all over the world can no longer be ignored. Despite the hostility of several governments and central banks, these digital assets have been increasingly embraced by individuals, institutions, and even nations as a whole.

Bitcoin, the flagship cryptocurrency, has seen phenomenal levels of adoption over the last year. Aside from being added to the balance sheet of large companies, several large fintech companies such as Visa and PayPal have found ways to offer crypto-based services to their clients.

El Salvador, a country located in Central America, has adopted bitcoin as a legal tender with the purpose of banking the unbanked as 70 percent of its population don't have a bank account.

Africa, a continent that is believed to be technologically deficient, is massively adopting the use of cryptocurrencies in day-to-day living, with Nigeria captaining the ship.

Nigeria was reported to have transacted over $200 million worth of Bitcoin in the first half of 2021, a figure thought to be highly suppressed considering the government’s ban on official cryptocurrency trading and the existing data gaps.

Cryptocurrencies have become a disruptive solution for cross-border payments today by providing a more inclusive financial system with relatively quicker processing time. Crypto users no longer have to bother about the several hurdles they needed to cross before getting money to/from foreigners as cryptocurrencies offer all parties a level ground for transacting.

There are, in fact, speculations that bitcoin would overtake fiat currencies in the future as it is believed by many to be more efficient and deflationary. Earlier this year, the European International Bank used Ethereum technology to issue €100 million ($121 million) in two-year digital notes for the first time.

Blockchain, the technology on which cryptocurrencies operate, has become more widely adopted, as countries are now even creating their own digital currencies using the technology.

Cryptocurrencies have also become a source of job creation, with many people earning thousands of dollars for their knowledge and skills. For an asset class that has been tagged as valueless, there seems to be a lot of value going around.

However, regulators seem more serious than ever about keeping the crypto industry under control. China, one of the world's largest crypto countries, went claws-deep on cryptocurrencies and mining activities in the country. A major fuel for its decision however was the promotion of its own Central Bank Digital Currency (CBDC), known as the Digital Yuan.

Other countries have also taken serious steps to regulate the cryptocurrency markets. Binance, one of the largest cryptocurrency exchanges, has been on the news of late as the company has been battling regulatory confrontations on different fronts. Countries like Italy, U.K., Germany, U.S.A., Japan, Canada, Thailand, and the Cayman Islands have all taken steps against Binance in the form of investigations, filing criminal complaints, or banning the platform from operating within the country’s space.

Earlier this month, the Parliament of the Economic Community of West African States (ECOWAS) voiced concerns over the use of cryptocurrencies in the sub-region, highlighting risk factors.

The streak of FUD (Fear, Uncertainty, and Doubt) caused by the headlines of the regulatory framework surrounding cryptocurrencies was a major cause of the market crash in May 2021. However, crypto lovers and investors need to know that regulations to cryptocurrencies are now inevitable.

The Battle For Dominance

According to Coinmarketcap, there are currently 10,963 cryptocurrencies, 382 exchanges, and the market is valued at $1.2 trillion as of report time. It is worthy of note that before the May crash, the markets were worth well over $2 trillion as bitcoin alone was worth over $1 trillion, while ethereum was already worth over $500 billion. With a market this huge, it is impossible to expect governments to sit on the sidelines and watch cryptocurrencies operate without supervision or regulation.

Governments control fiat currencies. They use central banks to issue or destroy money out of thin air, using what we know as monetary policy to exert economic influence. They also dictate how fiat currencies can be transferred, enabling them to track currency movement, dictate who profits from that movement, collect taxes on it and trace criminal activity. All of this control would be lost when non-government bodies create their own currencies. Cryptocurrencies therefore literally take away financial control from regulatory bodies because there is no centralized authority. This is enough to send chills down the spines of world governments because if cryptocurrencies become widely adopted, the entire banking system could end up becoming obsolete.

The Need For Regulation

While these sectors might not yet be done arm-wrestling with each other, it is important to know that the crypto industry, promising as it may be, needs to be regulated in order to control some of its shortfalls.

Last week, Paraguayan lawmakers presented a ‘Bitcoin bill’ in the National Congress seeking to control and regulate cryptocurrency transactions and establish taxes. This was contrary to what was anticipated as people expected that the bill would be to make the cryptocurrency a legal tender for the country.

Crypto payments are more or less anonymous. Although the transactions are recorded on the blockchain, it does not include the name or details of whom you might be transacting with. It only records the wallet address of the sender and receiver. This makes it difficult to monitor fraudulent activities. Earlier this year, there was a ransomware attack on the Colonial Pipeline, which makes a good example as the perpetrators requested to be paid in cryptocurrencies.

More so, because of the relative ease in creating cryptocurrencies, a lot of people have fallen victims to new age scams known as pump-and-dumps and rug pulls. These shakedowns trick people to invest in crypto projects that seem to have potential in the form of staking. Then the owners close the platform and run off with supposedly staked cryptocurrencies. This was the case with DeFi 100 (D100).

The world governments want to put in place regulations to reduce the market volatility of cryptocurrencies. The cryptocurrency market is known to be one of the most highly volatile markets as they could make or break an investor all in a matter of seconds.

Bitcoin, the largest cryptocurrency with a market capitalization of approximately $557 billion, is no stranger to market volatility. After the market crash in May, it lost nearly 50% of its value. Yesterday, bitcoin plummeted as below $30,000, giving back all of its gains for the year before recouping some losses.

Altcoins had it worse in May as they crashed 50% or even more. Dogecoin, the infamous meme coin was down 78 percent from its all-time high yesterday.

Many regulators, including the Governor of the Central Bank of Nigeria, Godwin Emefiele, have pointed to this as a problem. Emefiele stated that if one man’s tweet, in reference to Elon Musk stopping bitcoin as a means of payment over environmental concerns, can affect the cryptocurrency market the way it did, then it should be avoided.

There have also been additional arguments that the high volatility means that there is too much speculation in the crypto space, which is not allowing these digital assets to be valued based on their use cases.

In cryptocurrency, there are two ways to verify transactions and maintain network integrity. They are the Proof of Work (PoW) and Proof of Stake (PoS) network consensus mechanisms. The PoW is very energy-intensive because it involves the mining of coins. The bitcoin network runs on this network consensus and reports from Cambridge researchers say mining Bitcoin currently consumes around 110 Terawatt Hours per year. This is roughly 0.55% of global electricity production and more energy than the annual consumption of countries such as Argentina, Malaysia, and Sweden.

Because of concerns that bitcoin mining is polluting the air, Tesla CEO Elon Musk stopped the flagship cryptocurrency from being used as means of payment for the electric carmaker until there is substantial proof that the network uses over 50% renewable energy. This gave birth to the North American Bitcoin Mining Council (BMC) with MicroStrategy CEO, Michael Saylor at the helm of affairs. The group released their first-ever voluntary mining survey report and concluded that bitcoin mining uses 56% renewable energy. Although many critics have argued against the report stating that the method used to survey is not enough as individuals could falsify claims since no one is checking. Due to these concerns and many governments moving towards zero-emission by 2050, the mining of cryptocurrencies still needs to be checked.

Many people are of the opinion that cryptocurrencies shouldn't be regulated because they don't trust that government interference would end well. Some even believe that it is impossible to regulate cryptos because of the existence of Peer-to-Peer (P2P) trading and decentralized exchanges (DEXES).

However, developers and investors should begin to consider regulations surrounding cryptocurrencies before making a move to create or invest in cryptos as world governments are apparently just getting started and the thought that cryptos are untouchable might just be wishful.