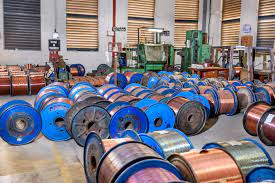 The executive board of Cutix Plc has approved the appointment of Jane Ebere Nwabueze as its new chief financial officer.

This announcement was made public following a circular the company sent to the management of the Nigerian Exchange Group (NGX), which manages the affairs of the Nigerian stock exchange.

As a condition, it is required for every company making key changes, such as appointments to strategic executive and non-executive board positions, to provide such information to the management of the Nigerian stock exchange.

This rule is to guarantee transparency, accountability, and good corporate governance.

According to the circular, Jane Ebere Nwachukwu, who was working in an acting capacity until this official appointment, took over from Favour Oti, who resigned from her position on Friday, December 17, 2021.

Jane, who is a chartered accountant with 10 years of experience in accounting, joined the company in 1992 after graduating from the Federal Polytechnic, Oko, Anambra State.

Her excellent performance and meritorious service didn’t go unnoticed as she rose to the head of the Internal Audit Department in 1998.

In 1996, she led a campaign to get a Quality Management System (QMS) set up in the company. This led to the company getting ISO 9001 certification in 2000.

According to Chinwendu Nwokporo, the company secretary, "She became a Certified National System Auditor (CNSA) in 2007. She held the post of ISO Management Representative between 2008 and 2009.

"In 2010, Mrs. Nwabueze was redeployed to the Finance & Accounts Department and became the head of the Treasury Unit."

We wish the management of Cutix Plc, its staff, and shareholders the best of luck for the future following this appointment.