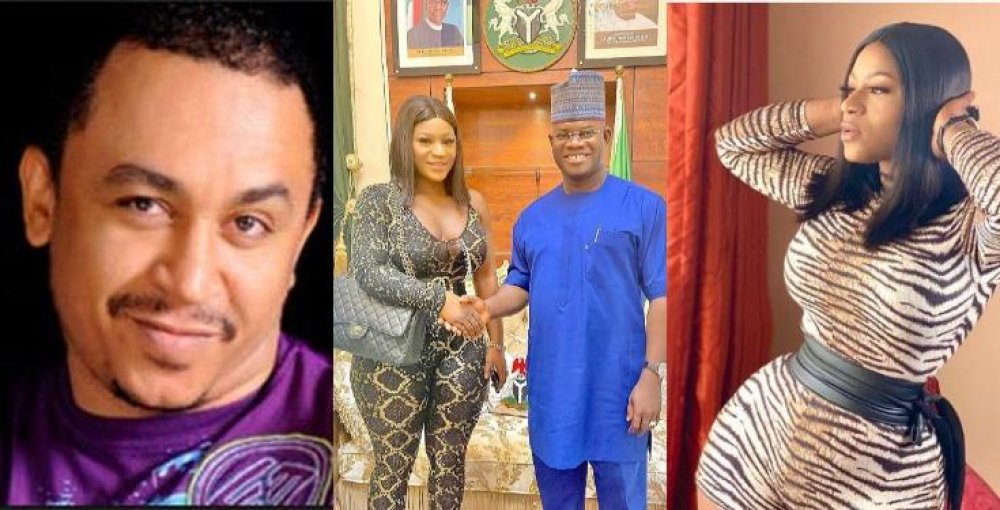 Controversial media personality, Ifedayo Lucian Olarinde, popularly known as 'Daddy Freeze' has thrown his weight behind Nollywood actress, Destiny Etiko, saying the actress should not be criticized for her choice of fashion.

Recall that the actress was part of a group of actors led by the President of the Actors Guild of Nigeria to see Governor Yahaya Bello of Kogi state.

Etiko came under attack for wearing a clingy jumpsuit during the visit after she posted a photo with the Governor on her Instagram page.

Social media users accused her of intentionally trying to seduce the governor with her choice of outfit. Some also attributed such visits to governors as the reason for the flamboyant lifestyle of most Nollywood actresses.

In her defence, Daddy Freeze likened the mentality of those condemning Etiko’s outfit to the Nigerian police. He said that the same people bashing Etiko are the same people complaining they are been profiled and harassed by the police over their appearances.

Meanwhile, fellow actress, Uche Elendu, defended Etiko and asked trolls to leave her colleague alone and face their own lives.

Elendu explained that Etiko and others were on their way to the airport when the governor called for them to meet with him in his office.