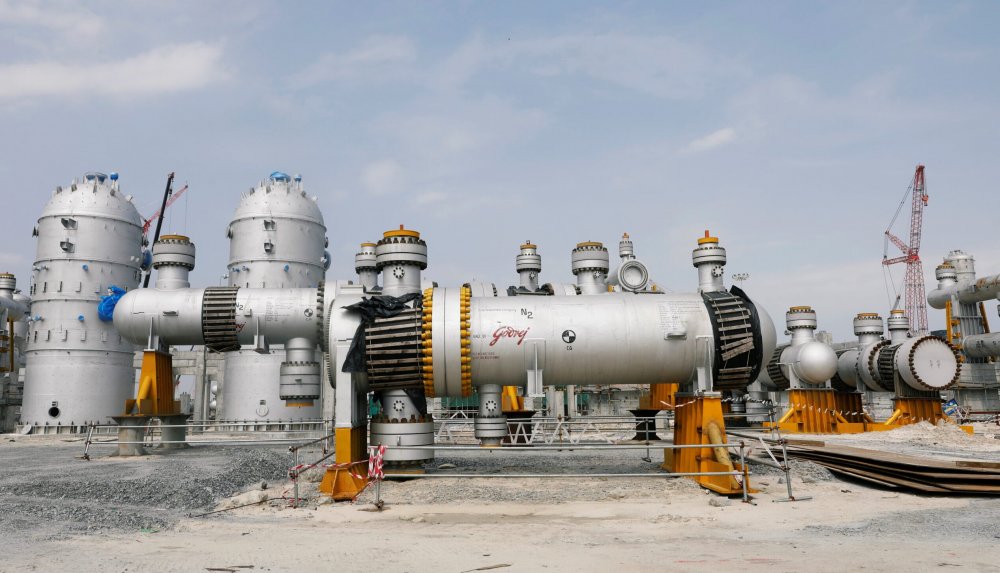 The statement sent by e-mail said that Edwin disclosed this while giving an update on the petrochemical project which is nearing completion and said to be the biggest in Africa.

The statement was signed by Tony Chiejine, Assistant Manager, Group Communication and Branding of Dangote Group.

According to the Group Executive Director, the plant with an estimated yearly turnover of $1.2 billion has the capacity to produce 900,000 metric tonnes of 77 different grades of petrochemical per annum. He said that the 77 different polypropylene can go for different usage.

The Dangote Petrochemical plant is situated alongside the Dangote Refinery also in Lekki, Lagos State.

"It has been strategically positioned to cater for the demands of the growing plastic processing downstream industries; not only in Africa but also in other parts of the world.

Edwin added that the petrochemical plant would also embark on the production of polyethylene products in the nearest future.

On completion, the Dangote Chief said that the petrochemical plant would reduce the demand for foreign exchange from the nation’s treasury.

“Right now, raw materials from polypropylene are imported into the country. There is no foreign exchange for manufacturers to import raw materials. The Dangote Petrochemical plant is going to take care of this challenge.

“When the raw materials are locally available, there will be many more people who will be willing to invest in the economy.

”So, it not just the savings of foreign exchange from petrochemical products’ importation, the country’s downstream sector will also benefit hugely from the availability of petrochemicals in the country,” he further explained.