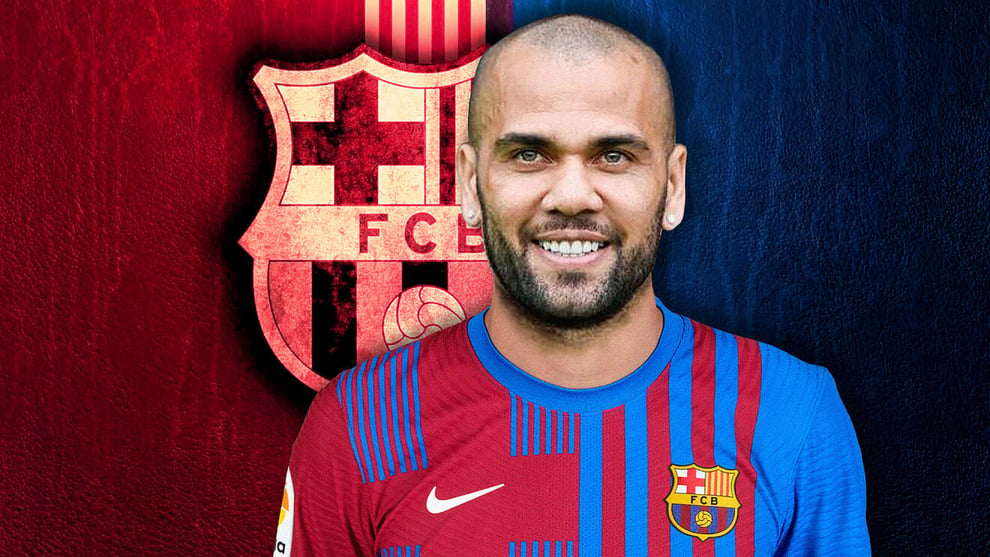 Brazilian right-back, Dani Alves has agreed on a deal in principle with Barcelona to return to Camp Nou with manager Xavi Hernandez's approval.

As earlier reported by Goal, Barca were not considering the free agent after he left Sao Paulo FC over wages payment but it seems Xavi's opinion differs.

Barcelona are now set to sign Alves in a player-coaching capacity according to transfer expert Fabrizio Romano.

He will be signing a 1-year contract with the option of an extension for another year. He will not play with the team till January but will assist Xavi with a sporting perspective.

The only thing left now is approval from La Liga so that the deal could be put to bed.

Dani Alves might not be able to inject a lot to the Barcelona team but he will be a great addition to the squad as they try to make the team competitive again.

Dani Alves came to Barca in the summer of 2008 after five brilliant seasons in Sevilla. In the Catalan capital, he made the right-back slot his own across eight seasons, making 391 official appearances and scoring 23 goals.

Although his main role has always been in defence, in the true Brazilian wing-back tradition, Alves also likes to join the attack, where he has a fine shot from outside the area, earning him the reputation as one of the finest players of all time in his position.

He was an automatic choice under Pep Guardiola, Tito Vilanova, Tata Martino and Luis Enrique, and the fans loved his dedication and extroverted character. In the summer of 2016, he left for Juventus, and since then has been at Paris Saint-Germain and lastly, at São Paulo back in his home country.

Alves has also played for Brazil, winning six major titles, most recently the Tokyo Olympic Games, where he lined up in the final against what are now his team-mates Òscar Mingueza, Éric Garcia and Pedri.

He also won titles at Juventus (2), Paris Saint-Germain (6) and São Paulo (1) before returning to Catalonia.

Adding the various honours he won with EC Bahia (3), Sevilla (5) and Brazil (6), his total haul of 46 titles is regarded as the most ever won by a senior footballer.