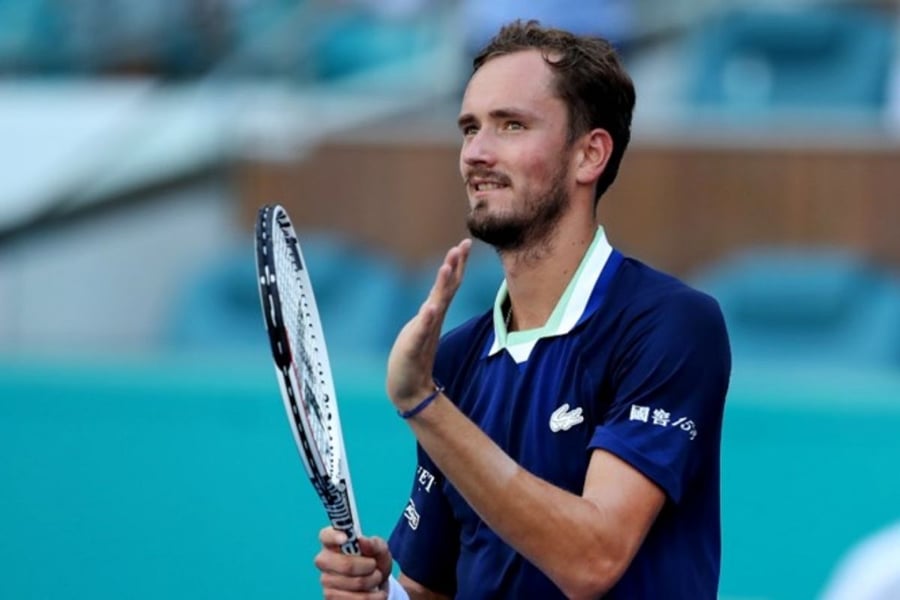 World No 2 Daniil Medvedev insisted on Sunday he was ready to play at Wimbledon if the All England Club reverses its ban on Russian players but accepted it was a "tricky situation".

Medvedev, who is returning to the tour at this week's Geneva Open following a hernia operation, said the Roland Garros warm-up tournament was his first chance to talk with other players about the ban, which was announced on April 20.

Wimbledon has been heavily criticised by both the ATP and WTA, as well as players like Rafael Nadal and Novak Djokovic, for barring Russian and Belarusian competitors over Moscow's invasion of Ukraine.

"There has been a lot of talk around it. I just tried to follow what was happening because I don't have any decisions to make. It's right now about Wimbledon itself, the ATP, maybe the British government is involved," Medvedev told reporters at the Eaux-Vives tennis club.

"It's a tricky situation and like every situation in life, you ask 100 players, everybody's going to give a different opinion.

"I can play: I'm going to be happy to play in Wimbledon. I love this tournament.

"I cannot play: well, I'm going to try to play other tournaments and prepare well for next year if I have the chance to play."