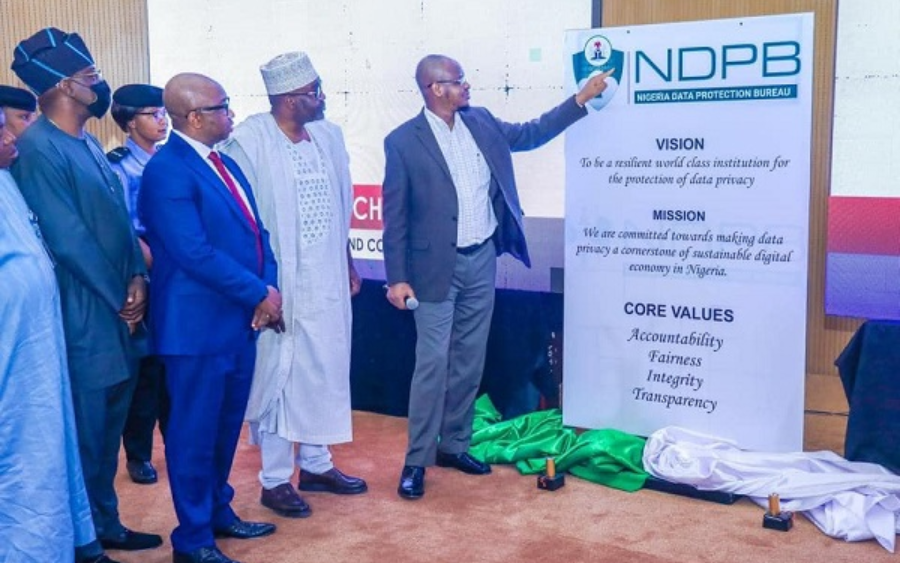 The Nigeria Data Protection Bureau (NDPB) has called on Nigerians to protect their data at all times, to avoid compromise.

Dr Vincent Olatunji, the National Commissioner of the NDPB, made the recommendation in an interview on Tuesday in Abuja.

Olatunji asserted that data controllers and processors also had the onerous responsibility of securing such data inside their respective spheres and that data subjects (owners) had the right to voice concerns anytime such information was requested anyplace.

“On the part of data controllers and processors, what kind of technological measures are you putting in place, physical infrastructure, the calibre of people protecting these data.

“If the information in their domain is hacked, they are to answer for it,’’ Olatunji said.

According to him, the bureau encourages organisations to put up data privacy notices on their premises, and on social media platforms which is the first thing people will see to ensure data protection.

He added that data subjects, controllers and processors must be alive to their responsibilities to ensure that data shared, processed and stored were totally protected.

According to him, data is meaningless when it has not been processed because it is majorly needed for decision making, policy making, and behavioural information of anything, among other users.

“We have to take the issue of data privacy, and protection seriously and for the reputation of Nigeria too because trust and confidence are really important.

“We need to let people have trust in our system, confidence to improve on our ease of doing business in Nigeria,’’ he said.

He disclosed that the bureau had set up a committee to work on developing a clear roadmap for the country in data protection.

Olatunji said that the bureau was also collaborating with stakeholders to upgrade the Nigerian Data Protection Regulation (NDPR) signed in January 2019 to principal legislation.

The NDPB’s boss said that the regulation empowered the bureau to enforce compliance with data privacy and punish defaulters of the data breaches.

He explained that there were processes for investigating the data breach,” which starts from writing the organisation for explanations, getting feedback, comparing with what you have and necessary actions.

“The first thing is to find out if they have complied with the NDPR by filing their audit report, ensuring they meet up the parameters of the NDPR.

“There are levels of punishment for data breach defaulters, there is an administrative fine which the bureau has the power to impose.

“The defaulter can be arraigned in court, we also have a very robust part of our constitution, Section 37 as amended that addresses the issue of privacy.

“There is no escape for any organisation that allows data breach,’’ he said.

The NDPR, established in January 2019, was signed by Prof. Isa Pantami as the then Director-General of the National Information Technology Development Agency (NITDA).

NDPR, being under the purview of NITDA, hence the creation of the bureau saddled with the responsibilities to handle data privacy and protection-related matters in the country.