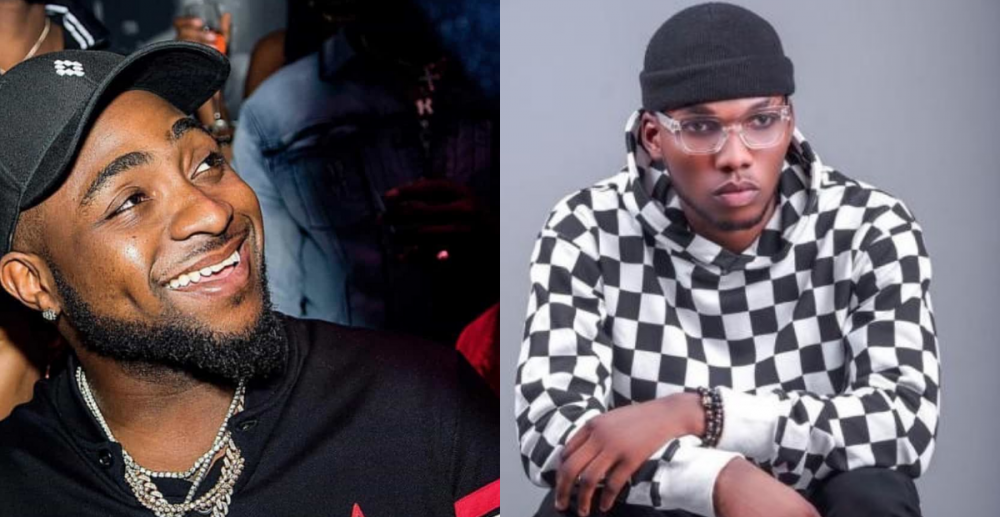 Nigerian singer, David Adeleke, popularly known as Davido, has been accused of stealing his hit song 'Jowo' from his colleague, Victor AD.

Jowo is a track off Davido‘s latest album ‘A Better Time’ and it has been well received by fans and lovers of good music across all streaming platforms.

The accusation was brought forth by a Twitter user identified as @ThugLife_Back. According to him, Davido used the song without express permission from Victor AD.

The accuser added that Victor AD confronted Davido after he had stolen the hit song but was blocked from all Davido's social media pages.

Victor AD just confirmed davido stole his record "Jowo" ? according to AD; OBO heard d song after they recorded "Tire You". He was surprised to see d song on ABT without him/his mgt consent; He said davido blocked him on Socials & threatened to ruin him. This wickedness ?

The accusation has no substantial backing as neither of the two musicians has said anything about it.

However, it has generated mixed feelings among tweeps. Some are of the opinion that Davido is fond of stealing or buying his hit songs from others and is incapable of writing his own songs.

how to know davido’s song is doing better than their fave’s song is when they start looking for the writer ?

The biggest theft didn't just happened in Aso Rock as i hear say Davido Stole Jowo from Victor Ad. Nigga can never write a hit song, no wonder top celebs didn't wish him 10years of fraud. well the beautiful part of it is Made In Lagos is going to stay for 26weeks on "BBWAC" today

As far as I know, Jowo was performed by Davido, written by David Adeleke & Oladeinde Okubajo aka @Davido & @Deindeofficial and prod by Jerry Jethro & Peter A. Kehinde Emmanuel aka Napji & Majicboi. That’s as far as I know. Don’t shoot me I’m just the guy that did the paperwork :)

All this gra gra and nobody have brought evidence or proof where Victor AD accused davido of stealing his song. No be our fault say wizkid never get hit song since 2019 pic.twitter.com/GYcKgFBRZ2

The unnecessary hate towards Davido is actually so terrifying! It’s insane how people still question his music. Like are you sick in the brain?!Gobe was a hit, fall, ekuro, if, fire, Dami duro, overseas, skelewu, like that, risky, one ticket, gallardo, nwa baby the list goes on..

I pity Victor AD sha...knowing fully well that davido is a fraud and he has never written any of his songs in his whole music career but you still open your studio for him..go God save say na only jowo him steal..bcoz the last studio he entered.. he stole laptop & hard drive??

Is it possible for Davido to steal song from Victor AD? Davido is mature enough to know that stealing a song can ruin his career. Abi kini gbogbo eleyi

The singer who recently celebrated his tenth year in the music industry, in December 2020 released the official music video of the hit song, “Jowo”.