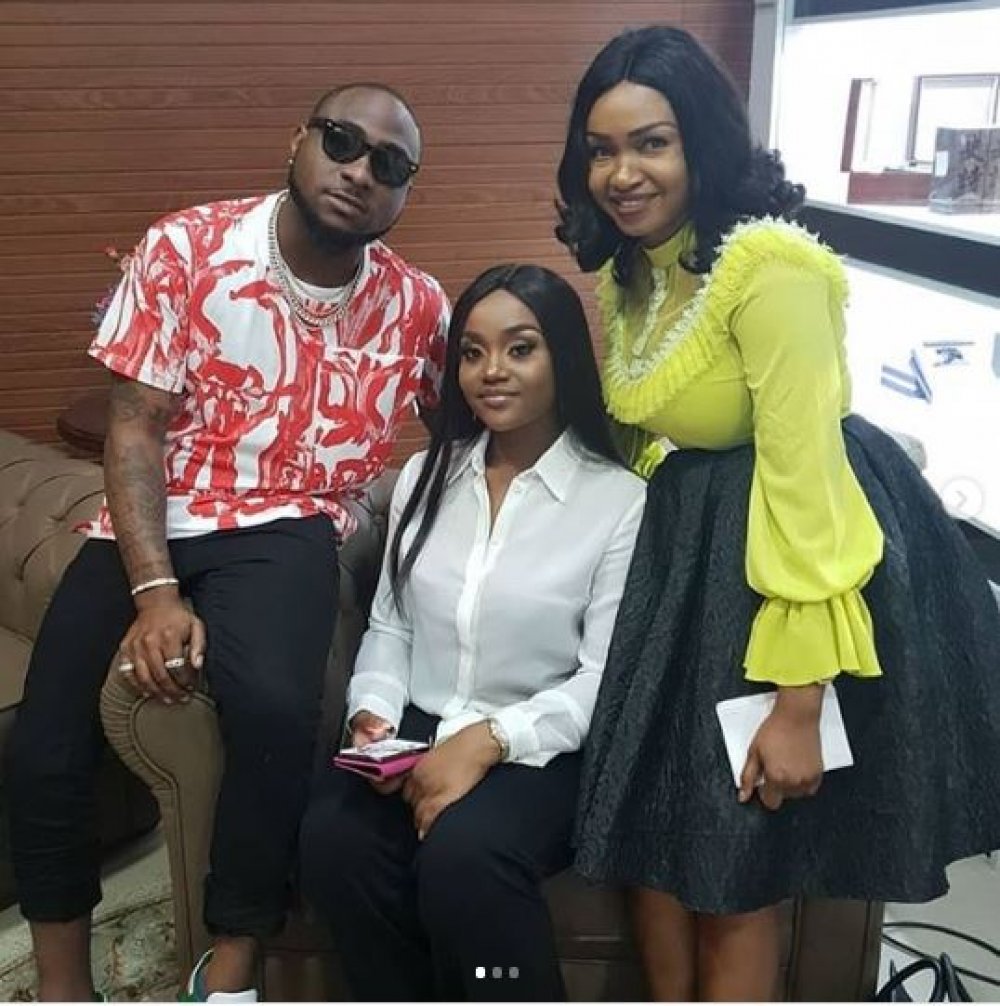 Music sensation, David Adeleke, popularly called Davido, has taken to his social media page to send a warning note to the management of Commonwealth of Zion Assembly (COZA) over a false viral advertorial video of him.

On the 18th December 2019, a viral video of Davido advertising for COZA alongside one of his fan “Elizabeth Omale” and a child has drawn the attention of the superstar who expressed his disappointment over the turn of events.

Davido reacted swiftly by distancing himself from the viral video.

"I'm writing to quickly disclaim the viral videos going around of me advertising COZA event to come up when I have to say I have NOTHING to do with the church!!! The fact that I did a quick video for a kid introduced as a fan just for her personal use and it was chopped up and used for an advert extremely disappoints me!!! I have never and most certainly not associated in any way with COZA church and have reached out to those responsible for this madness immediately!! I will most certainly be proceeding further if you do not react to that video immediately!!! A word is enough!!!" he wrote.

According to his Instagram post, the video was made for a fan and not for advert purposes. In reaction to the post, other celebrities, including Starboy Wizkid, also reacted by calling out fake pastors. Wizkid said: “Starboy no dey endorse no Pastor or church o! Ogun kill u fake pastors!” he tweeted.

In light of these reactions, the COZA pastor/founder and mother of child Elizabeth Omale have taken to their social media page to apologize on behalf of management, respectively.

Biodun Fatoyinbo said: “I would like to make some clarifications on the video I recorded with @davidoofficial for my church, the Commonwealth of Zion Assembly (COZA). The video was in no way intended to be an official ad from the church. It was simply my way of raising awareness for a program I am passionate about. I have read reports online claiming that Davido is coming to the program as an ambassador of COZA because of the video; these reports are false.”

Elizabeth Omale said: "He recorded that video with me and my daughter as a favor to a friend, nothing more. Also, my pastor, Pastor Biodun, only reposted the video from my page because he has been reposting videos about the program. My video wasn’t the only one on his page. The video was a product of my excitement about 12DG and there was no malice intended. I apologize for the confusion and misrepresentation, and once again, I’d like to say I acted as an individual and not as an official representative of COZA. Thank you," she wrote.