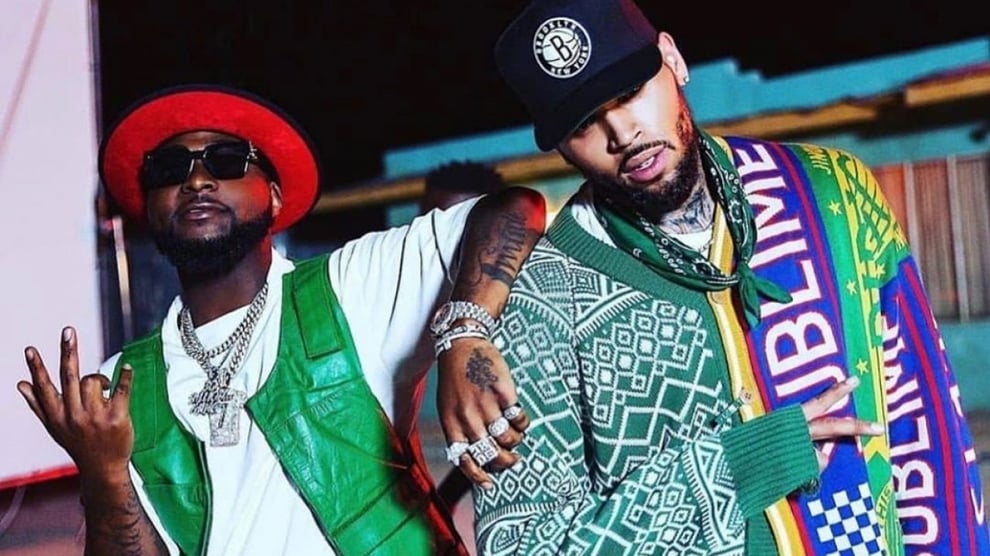 Another banger is in the bag and is waiting to explode as Davido and Chris Brown linked up recently.

In a video that surfaced on social media, the two singers are seen vibing to a song, presumably the one they will release soon.

It was also indicated that Kiddominant likely produced the track.

This will not be the first time Davido and Chris Brown are collaborating on songs.

In 2019, the two singers collaborated on 'Blow My Mind' and in 2020, Chris Brown featured in Davido's 'Shopping Spree' off the 'A Better Time' album alongside Young Thug.

Recounting how they met and recorded a song Brown in a chat with Apple’s Beats 1 Ebro Darden, Davido said; “We have a mutual friend actually, Hoodie.

"I spoke to Chris in December last year on facetime for a minute. But then, we didn’t link. My friend (Hoodie) would tell me that he links this record I did last year ('Assurance')…

“So I come back to LA and I’m recording the album and I’m making this record ('Blow My Mind') – shout-out to Shizzi and Wurld, they produced and co-wrote it too.

"I sent the record to the Hoodie and then I was on a flight for 12 hours to Italy. And when I landed in Italy, the verse was in my email.

"I ain’t speak to Chris a day in my life. I only spoke to him once…

“Then he came for the tycoon fest in Atlanta… I just got to the hotel and they say, ‘Oh yeah, this is your key, Chris got you a room right by his…’

"I spent three days in Atlanta with Chris, it was crazy, I lost my phone, you know how that goes… And then he (Chris) was like, ‘Yo, let’s go to LA to shoot the video.”